There’s an interesting item in Premier’s digital newsletter this morning about a study that looked at what happens  in the workplace when we treat staff  either as ‘resources’ or beings made in God’s image.  (See ref below). The report titled ‘Human resources – recognising the personhood of workers in the charity and public sectors’, was supported by the Leech Fellowship Committee and Baptist and Anglican churches.
The author said he wasn’t surprised to find that people in the workplaces he interviewed were highly motivated. However, some of the results took him aback. The thing that struck him most was that people felt most valued when they were given freedom and when they were trusted. “So when managers say, ‘we trust you, we believe in you, have space to go and develop the work in the way that you want to do it’, people felt that was valuing and life affirming.’  But when this wasn’t happening, when people are working with endless target regimes and performance management, and surveillance of their time and work, they feel demotivated and devalued. 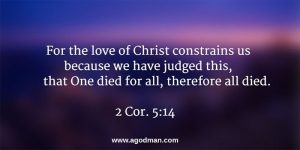 Most companies today are run on ‘modern management science’ , where people are  often units of production (G W Taylor) or, at the other end, ‘units of consumption.’  Older people, in particular, are not valued by economists because they tend to consume, or purchase, less than others.
Our culture has moved so far from God’s principles.  Except this little, 212 year old Christian charity, the Pilgrims’ Friend Society.
This is probably the first time I’ve done a ‘shout out’ for the Pilgrims’ Friend Society in my bog, and it’s good to be able to say that  yes, we know that we’re made in God’s image.  We’re given freedom, and  trusted.  Because of the freedom I’ve experienced personally over the years  I’ve been able to publish books on dementia and God’s purpose for old age; written press stories, spoken on Christian radio, given talks and more …   so thousands and thousands of people have been helped to understand dementia better, and to know that they are here by divine design. 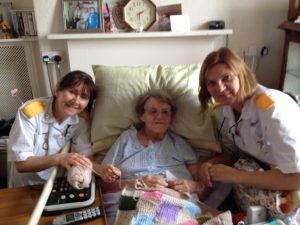 It’s why our carers love what they do. They’re part of a God-centric circle that sees the people they care for as precious, because they’re made in God’s image. It’s the love of God that motivates us.
(https://www.premier.org.uk/News/UK/Study-questions-impact-of-treating-employees-as-resources-instead-of-beings-made-in-God-s-image?utm_source=Premier%20Christian%20Media&utm_medium=email&utm_campaign=10696986_daily%20news%208%20july&dm_i=16DQ,6D9UI,EL5JA4,P70F0,1)
Share Us

Dementia: Pathways to Hope, and a study in a Welsh Valley shows the way.

Nurses visit elderly at home and ask, Do you want us to let you die?