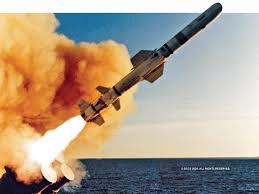 When a physical condition means an older person needs care, whether in their own home or in a care home, the NHS is obliged to pay for it.  Care Commisioning Groups that control their NHS budgets have a fund to pay for it.  It’s called Continuing healthcare (CHC) and is not means tested.  It doesn’t matter what your income is or what savings you have, if you meet the criteria, you are entitled to free NHS CHC funding.   (Lawyer Tim Davies has written a good explanation here:  https://www.continuing-healthcare.co.uk/continuing-healthcare-guidance/what-does-continuing-healthcare-cover.)

The Alzheimer’s Society has long campaigned for care to be paid for by CHC, as dementia is the result of physical damage to the brain.  So far it’s been unsuccessful, along with the tens of thousands of those who have battled, unsuccessfully, with the NHS for the funding they were lawfully entitled to.  People like the man who was unable to move or feed himself, suffering from Parkinson’s disease, ulcerative colitis, double incontinence, chronic kidney disease, whose healthcare needs were deemed insufficient to quality for CHC funding.  ‘ The day after that decision was confirmed at an appeal he died, weighing 45kg.’  Now a heavy-weight contender has joined the battle and is encouraging thousands to join him.

Rear Admiral Mathias fought a two year battle with Wiltshire CCG  to recover his mother’s £200,000 nursing home fees.  Now he is taking up the cudgels on behalf of others who have sometimes spent their entire life savings paying for care.  He says that ‘The failure of regional CCGs to pay for patients’ health costs under CHC is one of the biggest public scandals of modern times, and has caused ‘emotional distress and has brought ‘financial devastation to many thousands of old, ill and vulnerable people and their families.’

If his case is successful it could force the health service to pay back medical fees in the region of £5 billion.  This would make it the biggest legal judgement since the mis-selling of payment protection insurance (PPI), which is the UK’s biggest financial scandal to date.   But for families made destitute by having to pay for care, even selling their homes,  it would bring huge relief.

We can all chip in and help.  The Rear Admiral has launched a Crowd Justice Fundraiser to fund the first stage of the judicial review to defeat this ‘scandal’. He has set up a website  https://www.crowdjustice.com/case/the-nhs-continuing-healthcare-scandal/ to crowdfund the cost of the Judicial Review.

‘We need to raise at least £150,000.’ said one of the campaign team. ‘The campaign went live on 1 Oct and I think it speaks volumes that we achieved that in only 8 days – such is the strength of feeling amongst the public!’

Why a walk in the garden with friends could help ward off dementia.

Euthanasia, a daughter’s letter to the editor

Meaning in life – right to the end

‘Will I Still Be Me?’ Christine Bryden asks in her latest book