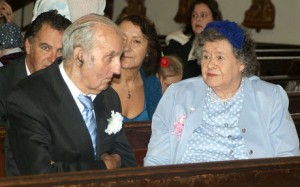 Grandmother Mary Delf has become trapped as a ‘bed blocker’ and her husband, Dickie,  is devastated.

It began when Mary, (82) had to go into hospital with a respiratory condition and for hip surgery. She thought she could go back home with the same care package she had had before.  She would normally have two carers four times a day.    But the Council cut the value of the contract by £1.20 an hour, and the Agency returned the contract, saying it could no longer afford to work for the council’s reduced rates.

She is now stuck in hospital as a “bed blocker” – which costs the taxpayer £2,000 a week, around £285 a day – and the couple are being forced to live apart. The cost of her previous home care plan was £10 a day.

Her husband, Former soldier and electricity engineer ‘Dickie’ Delf, suffers from dementia and impaired vision.  He has a carer coming in once a day.

Their son in Law, Peter Wearne, said the council offered a new package  which revolved around carers’ availability rather than Mrs Delf’s needs, and would have meant her being confined to bed at home for 14 hours a day.

Because of her hip problems, and other medical conditions, her doctor advised that this offer of care should be rejected on clinical grounds.

‘It is not just lacking in dignity, it is unsafe,’ said Mr Wearne, who added that the cost of home care was peanuts compared with the cost of keeping someone in a hospital bed.

Cornwall Council said it aims to save £2million a year by competitive tendering of its domiciliary care service, and confirmed that some companies were handing back contracts.

A Council spokesman said that users could pay for their care direct, via a direct payment which is provided by the Council.  But this is invariably lower than the real cost of care.

Dickie and Mary Delf are losing precious time together.  And the taxpayer is losing £thousands because social care is not integrated with NHS care and the two operate out of their own silos.

It follows the news last week that Councils are using new software to run what’s been called a ‘cattle market for grannies’.  They are being put up for auction by local councils on ‘eBay style’ websites, with care firms then bidding to offer them a place.

95 per cent of care packages commissioned on the system over a 6 month period went to the bidder with the lowest price.  In Birmingham, the elderly were being sent to homes which had been ‘zero rated’ by the Council on its own scale of care quality.  Though a Council spokesman said, ‘The well being of all our service users is paramount and we only award care packages to providers who are able to demonstrate that they can meet the needs of the individuals.’ 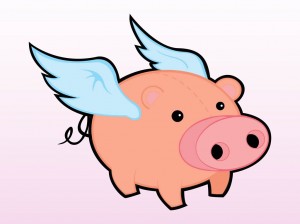 Are those pink pigs I see flying past my window?

But seriously, what we are seeing is frail people being treated like commodities.  And once again, I see how important are our supporters and friends  – those who raise funds for us (the Pilgrims Friend Society.)  They are the salt of the earth.

You can support us, too, by visiting our website, www.pilgrimsfriend.org.uk.   And by donating items for auction.  We work with auction houses who will give us the whole price fetched without deducting costs.

A legacy of honour for NHS ‘hidden heroes’

Light bulbs that help track how an elderly relative is doing

How to deal with terrifying news headlines