People around the world were encouraged to make extra efforts to visit and care for older people yesterday as part of the Catholic Church’s first World Day for Grandparents and the Elderly.

The theme chosen by the Pope for the day is “I am with you always” (Matthew 28:20)  Pope Francis asked people to devote time to  visit elderly people in need.

Donna from Premier and me from the Pilgrims Friend Society, talked about it.  I said, “I’m delighted by it because it honours grandparents and the elderly. And I hope it tells them that they are really important, because there’s still an awful lot of ageism that would put older people out of the general stream of the value of society.

“I think the Pope has a heart for older people. In March 2015, he told the faithful in St. Peter’s Square, that if adult children didn’t visit their ageing parents or relatives, it was a mortal sin.

“I think too, it says how important grandparents are. It makes me think of that scripture verse where Paul is writing to Timothy. And he says to Timothy – I’m mindful of the sincere faith within you, which first dwelled in your grandmother Lois and your mother, Eunice, and I’m sure that it’s in you as well.

“And I know so many grandparents who cascade down their faith. And sometimes, if I’m talking to a younger person and there’s an opportunity to introduce something about faith into it, they’ll say, ‘Well, you know, my grandmother used to say that.’ So that generation, were the ones carrying maybe the last strong push of faith, the way the world is going now.”

As a cognitive behavioural therapist, I often see with people I’m counselling the influence of a grandparent – and also with others I’m not counselling!  When I get the opportunity to speak about Jesus to a younger person he or she will sometimes say, ‘you sound like my granmother.  She used to go to church and she used to say things like that.’

“When I’m counselling people, very often I encounter the strong effect of a grandparent, for good or for bad, on the person in front of me.

“God has given this natural bond between older people and younger people, and where it’s disrupted, both generations lose so much. 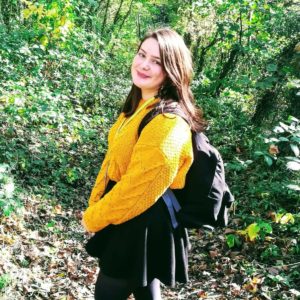 “So I hope this day says to grandparents and families, you are so central to our lives. Because it’s true.”

I hope there’s more of a build-up to next year’s World Day for Grandparents and Elderly, so we can make preparations for it … write cards and arrange visits and more.

A post-note for today:  yesterday this Grandma celebrated granddaughter Lucy’s first end of year results at uni – and she got the equivalent of a First.  So joy all around and a special Sunday lunch in a smart Cardiff restaurant.

email
Tags: The 1st World Day for Grandparents and the Elderly

Monty Python and Social Care for the Elderly