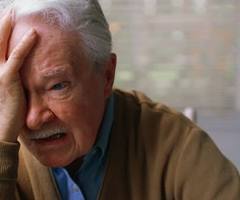 ‘There’s a programme on Radio 4 right now, about dementia,’ texted a colleague today.   So I tuned in and caught the interview with Keith Oliver, where he talked about his experience with the disease.  It was heart-breaking.  Dementia is a vicious disease.

Afterwards there was an interview with Dr Denis Gillings, World Dementia Envoy.  He was asked about a cure, and said that there would not be a cure ‘across the board,’ because there are so many causes of dementia.  But there is promising research into Alzheimer’s disease, the biggest cause.

Then he was asked about good care.  It was a difficult question to answer, he said, because of the increasing prevalence. (Does that mean there are just too many sufferers to make care feasible?)  He thought the key lies with technology, information and communication:  joining more technology and information into the resources there are at the moment … he described a mobile app that would access key things and answer key questions.

But – unless I missed it, there wasn’t a word about what people with dementia and their carers really need.  Because more than anything they need PEOPLE.  People who can empathise, and who can take care of the ‘patient’ so the carer can have a little respite.  People who can come alongside and share the care, helping with things like showering, dressing, and toileting.  People who are trained in dementia care and who give confidence to the carer. 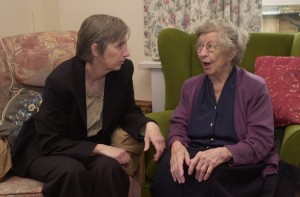 Yes –  dementia carers do need information.  And they need it at different stages of the disease.  But many of their questions won’t be answerable on an app because dementia is different to most other diseases.  It’s a mixture of the pathology – the disease – and the personality, the biology and the biography, as one medical expert put it.  So, ‘why is my husband doing this now?’ doesn’t fit into the standard technology framework.  Neither will, ‘how can I manage with so little sleep now that he gets up every morning at 3.00 am and begins the day?’

Last year David Cameron promised that all Councils would be obliged to provide psychological and practical help to caregivers, even allowing them to continue to stay in work and in education.  And Health Minister Jeremy Hunt has been talking about ‘tailored care and support’ for a couple of years.  But a very recent survey of GPs showed it is simply not there for 7 out of 10 dementia sufferers and their carers.  Many GPs have been warning about it for some time, and it chimes with what we hear from participants at our conferences.

To my simple mind it is hugely puzzling that £millions are being spent on conferences and talks and World Dementia Organisations, but very little is going to actually support the people who are suffering now.   There seems to be a growing ‘dementia industry’, like a scaffolding around the real issue.  And, instead of a world dementia envoy, how about a world dementia care envoy?

The human stories behind the social care funding crisis

Capt Sir Tom showed ‘we can do it’