Tomorrow is World Alzheimer Awareness Day on the 21st, and it begs the question –  where are we today, 118 years after Lois Alzheimer’s first described his findings?  Here are some quick glimpses –

Noone wants to read about dementia until it impacts their lives

A woman whose husband had died from the disease raged to me that she had been woefully ignorant and unprepared because no real information was ‘out there’.  Yet there are thousands of books, websites and media stories about dementia, but like most of us, she had ignored them until the disease impacted her life.  Perhaps it’s understandable, because who wants to read about a disease that is among the 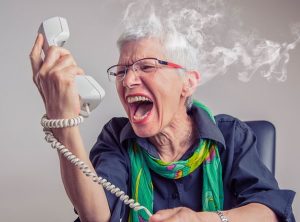 most dreaded of all? It’s this ‘not knowing’ that has led to increased fear, misunderstandings and myths about dementia.

Time and again I’m surprised at how little is known about the disease.  If I had a £ for every time I’ve been asked, is Dementia the same as Alzheimer’s, my wallet would be bulging.  No it isn’t, is the answer. Dementia is the name given to the symptoms that result from physical damage to the brain and although Alzheimer’s disease is the biggest, it is just one of around 100 causes.  I was amazed to find some ethnic groups put dementia down to demonic possession

It was to discover the facts about dementia that I chose it as the topic for my Master’s research (I’m a Cognitive Behavioural Therapist) and wrote the first of a series of books about it. Dementia: Pathways to Hope was written to cut through the myths and misunderstanding and to put it in a Christian context.  It describes that the person remains, however much the individual appears to change as the disease progresses.  And the instances when the person regains lucidity, with faculties that had appeared to be lost.  In Christians, this is often prompted by worship, or reading Scripture.  ‘It was lovely to hear Joan again,’ a carer told me, after reading a devotion from Worshipping with Dementia.

People in UK more worried than rest of world about dementia

Eleven years ago the dread of dementia was equal to that of cancer 25 years earlier, and predictions were that as cancer became more treatable and the dread diminished so it would with dementia. But there is still no pharmaceutical cure for dementia, although the few medications available do make life changing differences for many.

Research by AEGON, the global insurer, shows that two in five people in the UK – that is 41%, worry about mental decline in later life.  In the rest of the world it’s 35%.  It reminds me of Job – dear Job.   Sitting on a refuse tip scratching himself with pieces of broken pottery  he said, ‘What I always feared has happened to me. what I dreaded has come true.’ (CJB)  But have you ever wondered why, as a successful businessman, a respected community leader and patriarch of a large, prospering family, he harboured thoughts like that?  His worrying had no evidence base, as far as we know, it was all based on ‘what if…’  Perhaps he was influenced by what he saw happening to people around him.  We know that God allowed Job’s testing.  Yet it’s important for us to ‘guard our hearts,’ (Proverbs 4:23) as many studies show that stress, depression and feelings of loneliness increase the risk of developing dementia.

In our educated Western world many myths have been demolished. We know that dementia is not an inevitable part of ageing.  We know, too, that the numbers are declining,  although this is not blazoned through the media as well as it should be.  We read claims that in UK 850,000 are living with dementia, but the number of people diagnosed is actually 537,097.[i]  Why the big difference?  The higher figure is from projections made in the 1980s that have not been realised –the incidence of dementia (that is new cases) has fallen by 20%  over the last two decades.[ii]  The old figures do not reflect the results of changes in life expectancy, living conditions, and improvements in health care and lifestyle, says Professor Carol Brayne, of public health medicine at the Cambridge Institute of Public Health.[iii].

Caerphilly produces more than cheese!    A 35 year study run by  Prof Peter Elwood and his team at Cardiff University involving 90% of the men living in Caerphilly showed that healthy lifestyle can reduce the risk of dementia by more than half.[iv] (Google ‘Caerphilly Study, BBC).

In the meantime there’s grown a better understanding of how to care for people with dementia, with kinder, more relational approaches.   The power of spiritual support is widely recognised.  Many churches have become ‘dementia friendly’, educating congregations about the effects of the disease on individuals and how to respond.

In Dementia: Pathways to Hope, I describe a church in Suffolk that welcomes Kenneth, a care home resident with dementia known as ‘a runner’ because, given the slightest chance, he lopes like lightning across the surrounding countryside –  on occasion he’s been found by the search helicopter.  But Kenneth doesn’t run from church.  Next to him sits a ‘buddy’ who looks after him and, calmed by the familiar atmosphere and liturgy, Kenneth listens to snatches of the sermon and sometimes falls asleep on her shoulder. He also sings the familiar old hymns.  Who can tell how the Holy Spirit is comforting him then ?

The biggest hope, and the biggest myth-buster, is having accurate information and acting on it.

Louise Morse is author of

Louise is media and external relations for 212 year old Christian charity, the Pilgrims’ Friend Society, founded in 1807 to give practical and spiritual support to older people.  Today it operates retirement housing and care homes, and shares its knowledge with faith other organisations so that they in turn enable older people to live fulfilled lives.