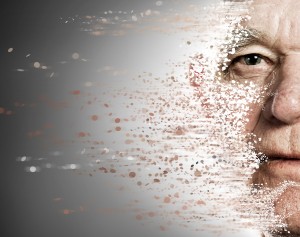 Almost half of people admitted to hospital over the age of 70 will have dementia, according to Dr Liz Sampson, of the Marie Curie Palliative Care Research Department at University College London.  They studied the link between pain and delirium among people with dementia in hospital, and found that even though these conditions are common in this group they are “often under-diagnosed and under-treated”.  They also found that pain may be a cause of delirium. Almost half (49%) of the patients studied were suffering pain while resting, and 15% developed delirium.

But sadly, the patients with dementia weren’t able to ‘self-report’ it; in other words, they couldn’t tell nurses and doctors that they had a pain.

It reminds me of a newspaper column written a couple of years ago by Dr Max Pemberton, who was working in A&E when a home carer, Mark, brought in an elderly man in a wheelchair, who had dementia and was totally uncommunicative.  ‘He’s not right,’ said Mark, ‘he’s got a pain somewhere.’ Dr Pemberton asked how he could tell. Mark insisted, ‘See that twitch in his eye?  He does that when he’s got a pain.’  Tests revealed that the man had a urinary tract infection, which would indeed, be painful.  Dr Pemberton wrote that he wished all carers would be concerned enough to know their patients as well as Mark did.

And here’s the rub when it comes to patients with dementia on hospital wards:  staff do not know the person’s normal behaviour.  But many will have a ‘Mark’ who could be consulted, perhaps not a carer but a relative.

Dr Samsung said, ‘“It’s deeply troubling to think that this vulnerable group of patients are suffering in silence, unable to tell healthcare professionals that they are in pain.’Dr Doug Brown, chief policy and research officer at Alzheimer’s Society, said,‘ “We now need to take steps to ensure that all healthcare professionals have the right training to identify such distress in order to properly care for people with dementia.” Dr Jennifer Bute, a retired GP and an expert on dementia said, ‘a basic principle is that if someone who has dementia gets worse first thought is to query whether they have an infection or is something wrong?’ 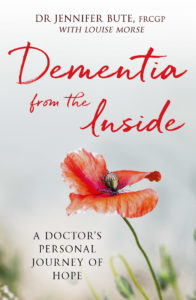 This seems to be no clear solution for patients with dementia in hospital.  But the NHS could learn a lot from Dr Jennifer Bute.  In her book, ‘Dementia from the Inside: a Doctor’s Journey of Hope,’ she describes the ways she has discovered of communicating with people  with quite advanced dementia in the ‘dementia inclusive’ village where she now lives.  The book will be released in November this year.

Let’s pray urgently for a righteous decision for our nation