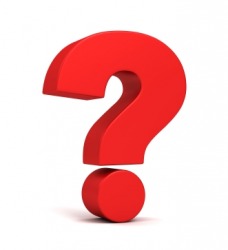 GPs who don’t give early dementia diagnosis should be sued, says the Director of a Dementia Services Development Centre.

Professor Andrews is director of the The University of Stirling’s  Dementia Services Development Centre.  She said it was “outrageous” that publicly funded professionals could withhold important information about the health of their patients.

I’ve always understood that GPs have to respect patient confidentiality.  But more to the point, as one GP at a meeting in Coventry emphasized recently, GPs don’t diagnose dementia.  They refer patients to Memory Clinics where diagnoses are made by specialists.

Significantly, recent reports show that half of those referred to Memory Clinics are found not to have dementia.

In addition, at a meeting of the Alzheimer’s Association International Conference in Copenhagen last July delegates heard that the prevalence of dementia is dropping in the UK, and in other developed countries.[i]

At the time, Dr Doug Brown, Director of Research and Development at Alzheimer’s Society said, ‘Over the last decade, the message that what is good for your heart is good for your head has empowered people to reduce their risk of dementia through healthy living. This along with better heart health and education is clearly helping to reduce dementia worldwide.’

So numbers are dropping in the UK, and half of those referred by GPs don’t have it.  Even so, the encouraging numbers don’t make it easier for the families and their loved ones who do have to cope with it.

Professor Andrews also said that ‘significant financial and emotional damage, and unnecessary disability can be avoided if you are told what’s wrong at the earliest opportunity and then take action to slow the progress of the disease.’ But, as the Alzheimer’s website notes, medication only helps one out of three people.   The website also states that diagnosis is difficult, especially in the early stages, and experts warn  of the danger of misdiagnosis.

Psychogeriatrician Dr Chris Fox, (University of East Anglia) has warned that sending more patients for referral included a relatively high risk of misdiagnosis, adding that ‘it was  unfair to cause fear and concern when treatments are not available, the chances of the condition actually progressing are not clear, and when symptoms may never take hold in the patient’s lifetime.’

Instead of denigrating GPs, wouldn’t it be more appropriate for Professor Andrews to rail against the appalling lack of care and support for people who have already been diagnosed?   Knowing that after care is not properly in place makes the push for more diagnoses deeply puzzling.  Because it raises the question – who benefits from higher numbers diagnosed?  If not the patients and their families, then who?

If music be the food of love …