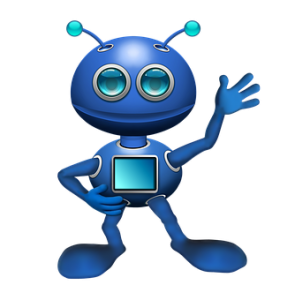 We heard from a couple who were having a tough time trying to support an elderly aunt with dementia.  She enjoyed living alone in her flat and couldn’t see that there was anything wrong even when she cooked food for so long in the microwave it caught fire and set off the building alarms.  Her niece and her husband were doing everything they could to keep her safe.  Neighbours, and members of the local church had formed an ‘Aunt Maud watch’ and on occasion brought her back home when they found her in town. Her family installed sensors in her flat so they could tell if she’d fallen or if she’d gone out and left the door open.  Then Maud discovered the system’s main plug and switched it off.

But if the technology had been as helpful as that promised by scientists in Washington who are working on one especially for people with dementia, Maud may have been pleased to keep it.  At Washington State University (WSU) they are developing a Robot Activity Support System (RAS) that includes sensors and a robot. The sensors are embedded around the home to track where the person is and detect whether he (or she) needs help with daily tasks.  If Maud needed help the robot would go to her and give instructions on how to carry out simple tasks or lead her to important things such as medication or food.  Future robots may even cook the food.

The development is in its early stages, but this and the Japanese ‘Pepper’ robot being trialed in care homes in the UK look promising. So far the American system has been tested by students, and the next step is to try it with elderly users.

Hopefully, in the next 10 or 15 years the technology will be so advanced that domestic robots will be available for everyone.  Amazon’s Alexa is being installed in homes as part of domiciliary care in some parts of England, and in America, the market for technical products for aging baby boomers is expected to rise to $20 billion by 2020.

I quite like the idea of a robot who can vacuum the stairs, put the rubbish out and make cups of tea.  If I should ever have one, I would call it Herbert, and would train it to do all sorts of things.

Sadly, Herbert will come too late for Maud, which is a pity because it’s becoming harder and harder to recruit people into care work.   Perhaps future Herberts could help by taking the strain and the bulk of the care work, freeing carers to do what they like best – spending quality time helping people. Dr Fiona Carragher, of the Alzheimer’s Society said she welcomed new ideas, but warned against cutting human interaction. She said that there is evidence to suggest that robots can boost social engagement, improve mood and reduce agitation for some people with dementia, but nothing ‘can or should replace human and social interaction’.  It’s good to see how many  Christians are stepping into the gap as volunteers.  For those who are interested, my colleagues and I run training workshops.

Lord, give me patience!

Why God’s song is best