Smallpox was not eradicated by years of research but by noting an existing phenomenon and putting it to good use.  Among the country physicians in the dairy counties of 18th-century England it was widely known that milkmaids who caught cowpox did not later catch smallpox, but it was one man, Edward Jenner, who in 1796 examined it, found it worked, and brought it into the medical mainstream .

There’s a parallel with a team of Israeli scientists who have made a similar observation of a vaccine that is commonly used to treat one condition, cancer of the bladder, that could be preventing Alzheimer’s Disease.  A research team at the Hebrew University of Jerusalem  discovered that the Bacillus Calmette-Guérin (BCG) vaccine, originally developed for tuberculosis and commonly used to treat bladder cancer, may also be an effective treatment to prevent Alzheimer’s.  The team, headed by Hervé Bercovier, Charles Greenblatt and Benjamin Klein is from the Hebrew University of Jerusalem (HU)’s Department of Microbiology and Molecular Genetics. They published their findings in PLOS ONE.

Bercovier and his team followed 1,371 bladder cancer patients receiving treatment at HU’s Hadassah Medical Center.  The average patient age was 68.  During follow-up visits, 65 cancer patients had developed Alzheimer’s.  Those who had not received BCG as part of their treatment had a significantly higher risk of developing Alzheimer’s than did BCG-treated patients:  8.9% (44 patients) as opposed to 2.4% (21).  Further, when compared with the general (healthy) population, people who had never been treated with BCG had a 4-fold higher risk for developing Alzheimer’s than did those who were treated with BCG.

“There’s data reaching back to the 1960’s that shows that countries treating bladder cancer patients with the BCG vaccine had a lower prevalence of Alzheimer’s disease but it hadn’t been properly analyzed,” said lead author Bercovier.

The team has not developed a vaccine that prevents Alzheimers’.  However, says Bercovier, ‘our study is an important step towards understanding the ways in which our immune system is a major player in the pathogenesis of Alzheimer’s and how the BCG vaccine, which modulates the immune system, may serve as an effective preventative treatment to this  condition.’ 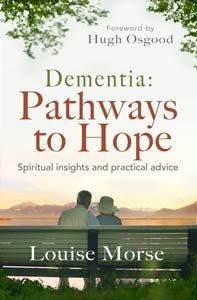 Back to the present:  until Alzheimer’s, and other causes of dementia are defeated, the best treatment for the person with dementia (PWD) is the way they are cared for.  Two-thirds are cared for in their own homes, by family members, most of whom receive very little support, yet it is said to be the most difficult form of caregiving of all conditions.  In the book, ‘Dementia: Pathways to Hope’, there’s a chapter dedicated to caregivers and how to support them, and in ‘Dementia: Frank and Linda’s Story’ (a true story that follows one couple’s journey with Alzheimer’s) is woven all the things that help, and those that don’t!  They’re both obtainable from our website, www.pilgrimsfriend.org.uk.  (‘This changed my life,’ said one reader, of ‘Frank & Linda’s Story.)

Having the wrong perspective could kill you