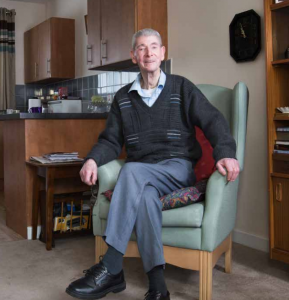 Listening to the program on BBC radio four about loneliness this morning was very interesting.  I stopped and took notes.  Loneliness is a big and growing issue, with millions of over 50s said to be vulnerable. And of course, younger generations are not immune.

The BBC has done some quite extensive, countrywide research, and they’re sharing their findings in a series of programmes.

Sometimes, research shows, people are lonely because they are not able to socialise easily. They are not trusting people, often because in their lives they’ve experienced discrimination.  The programme included a woman who had experienced it at school: she was blind and remembered how her teachers didn’t accommodate this and make sure she was included in learning groups.

Discrimination is particularly true of older people, many of whom have experienced it for decades, because of ageist attitudes.  They can feel ‘less than’ others, and fear being rejected by them.  Part of the answer, said an expert on the BBC programme, is exposing people to more ‘trust terms’; language that is about trusting people, so they increase their trust in others, which then has a knock-on effect in reducing loneliness. It’s also about building confidence in oneself.

The Internet and social media can help, but only a little.  The BBC study noted that people who are lonely tended to post negative comments, which only reinforced their feelings and doesn’t help to establish relationships online.

Several months ago I blogged about 90-year-old Derek Taylor from Manchester, who felt isolated and alone after the deaths of his partner and sister. He said, ‘”The older you get, the less people seem to contact you… and I thought what can I do to stop being lonely?’ His tips, which include having local coffee clubs and being in more contact with neighbours, have been distributed by Manchester City Council.  You can read about him here: https://www.bbc.co.uk/news/av/uk-england-manchester-38804340/loneliness-tips-from-90-year-old-published 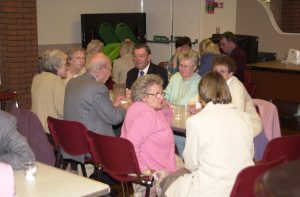 So what can we, as Christians, and in our churches do about loneliness?  I believe it begins in our churches, by making sure we speak to one another, and that no one is left out.  Those of us who find it easy to engage socially can speak to those who don’t.  And pastors can encourage this kind of interaction, beyond the pause for ‘the peace’.  When we have teas and coffees before and after services, make sure no one is on their own.  Take a genuine interest.  Also, note when someone isn’t coming to church, and don’t let them drop off the radar.  Find out if they’re alright. These are only little things, but little drops make an ocean. 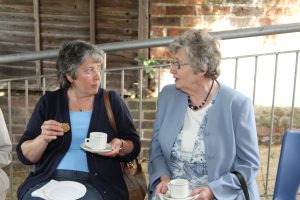 And how about this tactic?  In my friend Janet’s church, the pastor asked everyone over 60 years of age to stand up.  Then he invited the others over the age of 30, to choose an older person to partner with – to get to know.  Janet and her husband Peter are partners with John and Sue, a married couple in their thirties.  Janet said they enjoy each other’s company and are learning so much from each other.  Such a simple thing to do!  But so effective!

GDPR and Permission to Send