Living in the North of a country could increase the risk of developing dementia, scientists at the University of Edinburgh found recently.  Their research has shown a clear geographical divide in rates of dementia.  The difference was seen even in twins, where one lived in the north and one in the south;  those in the north were two or three times more likely to develop it compared with the southern dwelling other half.   The team found the same pattern when they looked at Scots born in 1921 – those in the north had a higher rate of the disease.

Researchers eliminated any genetic factors which might explain the north-south divide, and think that the reason may be to do with the amount of sunlight and the lack of vitamin D formed as a result.  Other studies have also suggested that Vitamin D deficiency could increase the risk of developing dementia.  Receptors for vitamin D have been found in many parts of the brain, which means that it is acting in some way in your brain.  The NHS website comments that a study of more than 1,650 people aged 65 and above, found those severely lacking in the sunshine vitamin were twice as likely to develop dementia and Alzheimer’s disease compared with people with healthy levels (50nmol/l or more).  The study was over 6 years. Researchers found the higher the vitamin D deficiency, the higher the risk of developing dementia and Alzheimer’s disease.  The website has more information on Vitamin D at http://www.nhs.uk/news/2013/06june/pages/health-claims-about-vitamin-d-examined.aspx

Now the Edinburgh team are saying the same.  Dr Tom Russ,  of the Alzheimer Scotland Dementia Research Centre, said that vitamin D has been linked to healthy brain function and dementia.  ‘The north-south divide does make you think about latitude and it may be it is something to do with sunlight exposure and vitamin D.’  Vitamin D is made from sunlight on the skin, but older people’s bodies are less efficient at doing this.  It’s also found in oily fish.  But diet accounts for very little of the nutrient that actually makes it into the blood stream.

Some years ago one of my relatives, who is a doctor in South Carolina began to comment on the effects of Vitmin D deficiency that she herself was seeing and that were being reported in the medical press .  She was surprised to find vitamin D deficiency in sunny South Carolina, among white as well as black people.  (Darker skin is said to absorb it less efficienctly.)  She started the whole family on a supplement.  Some weeks later one of her big brothers (big, literally – tall, muscular and very fit) emailed to ask, ‘Is it legal to feel this good?’

There’s been no causal link shown, but then the literature shows that the causes of Alzheimer’s disease, which accounts for most dementia, aren’t known, either.  The effects can be seen – the protein deposits, the spherical proteins of Lewy Body Dementia, and the shrinkage of parts of the brain, but why some people have them and not others  isn’t known.

So I’ll keep following ‘my’ doctor’s advice and take a Vitamin D supplement each day.  Not forgetting the importance of a good diet, either! 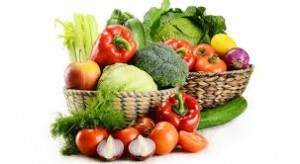 Creating a culture of life, not death

97 people with dementia, in Holland, have died at the hands of their doctors