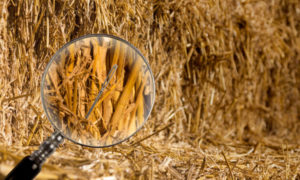 It’s an eye-catching, pulse quickening opening paragraph in the press article – ‘The first drug which could halt Alzheimer’s disease is to be fast-track for approval, in what experts say could be the biggest breakthrough yet,’

It’s guaranteed to raise hopes that have been dashed before by earlier trials of this drug.  But manufacturers Biogen say that analysis of late data after the last two failed trials showed that it could help a few people if given in large doses earlier in the disease. Trials of the drug aducanumab were discontinued in March 2019 because it was found to be ineffective.

But months later, after analysing a larger amount of data that became available after the trial, Biogen found that the drugs did work – as long as they were given early enough, and in a high dosage. Now a new study is being planned, which will offer such doses to all eligible participants from the earlier trials.  Approval for the study is being fast tracked through the American Food and Drugs Administration (FDA). A report in January 2020 noted that ‘the drug does not, however, cure or prevent Alzheimer’s. The company is saying only that it may slow progression of the disease in certain people.[i]

Aducanumab is a monoclonal antibody designed to reduce protein deposits (amyloid B and tau) that form in the brain that are said to be a hallmark of Alzheimer’s disease.

The puzzle is that many older people have extensive deposits but no sign of dementia, while others have dementia with no deposits.  In its 2020 global report, the Lancet Commission noted that ‘Amyloid-β and tau biomarkers indicate risk of progression to Alzheimer’s dementia but most people with normal cognition with only these biomarkers never develop the disease. Although accurate diagnosis is important for patients who have impairments and functional concerns and their families, no evidence exists to support pre-symptomatic diagnosis in everyday practice.’ [ii]

It will take six months for the new review to confirm if the drug is safe and effective, paving the way for it to be licensed in the USA.  Then it will be considered by regulators around the world, including those in the UK.

A report on aducanumab in January 2020 noted, ‘It is also plausible that this treatment, as well as other drugs that have been tested and failed on large groups of patients, might only work in a sub-population of patients  — a sub-population that we don’t know yet how to define. ‘[iii]

There are many causes of dementia, and finding them is a bit like looking for a needle in a haystack.  If the Aducanumab trial works in only a tiny part of that haystack it will bring hope to millions of people.

A footnote:  A few years ago I attended a meeting led by a psychiatrist in Plymouth to recruit participants for the trail of solanezumab, and someone asked  if there would be counselling available for people who were not accepted for the trial, for whatever reason.  The answer was ‘no’.  I think the desire for a cure, or anything that helps is so great, and the disappointment at not being accepted on a trial so devastating, that it should be mandatory for drug manufacturers running these trials to provide counselling.