Again, there’s a petition doing the rounds for people aged over 70 to be tested regularly for their fitness to drive.  The current call is based on a terribly tragic accident, and one can only feel for the bereaved parents. But for a serious petition to be based on one tragedy, as bad as it was, ignores other basic facts, and begs the question – how much is it influenced by ageism?   Why aren’t there calls for  younger drivers who cause tragic accidents to be tested regularly for their fitness to drive?  Which, arguably should be the case, because press reports show that many of them rack up more than one offence. 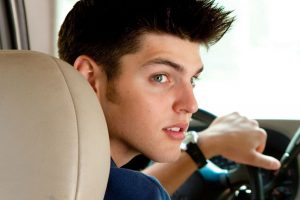 The most dangerous group on the road – those who are up to four times more likely to crash are young males, aged 17 – 21.  They make up only 1.5% of UK licence holders but are involved in 9% of fatal and serious crashes where they are the driver.

Brake, the Road Safety Charity, said the risk is much higher with younger drivers because of a combination of youth and inexperience .[i]   Their inexperience means they have less ability to spot hazards, and their youth means they are particularly likely to take risks.  And a press report shows that young male drivers are more easily distracted.  (http://www.mirror.co.uk/news/uk-news/young-british-male-drivers-most-9273115)

When it comes to driving, what the over 70s may lack in mental dexterity – that is, speed and agility, they make up for with experience and common sense, said  Professor Musselwhite, an expert on ageing and environment at Swansea University, speaking at the British Science Festival last September.  He said that the over 70s are far safer drivers than the current perception suggests, but because of the occasional well-publicised story about a senior driving the wrong way up motorways or slowing down traffic, there have been calls from younger drivers for stringent testing for the over 70s to make sure they are fit to drive.  But there has been no reduction in the number of accidents involving older people in countries that have introduced these tests.  This current petition is based on a single case.

Some time ago the press carried a story about 105 year old Sheila Thompson, pictured at the wheel of her car.  She had just had her first ‘prang’ in over 70  years of driving, and that was a misjudgement of the space between an open car door and the width of the road.   How many younger drivers can boast such a good record?  http://news.bbc.co.uk/1/hi/scotland/tayside_and_central/6651181.stm

Dr Musselwhite said, ‘My research suggests that while people think older people are dangers on the road – they aren’t.  People also think testing old people will make the roads safe – it won’t.’[ii]

Furthermore, older people need to be able to drive because increased work force mobility means they are likely to live further from their families than previous generations – at a time when bus services are being cut and towns and shops are becoming more spread out.  Preventing seniors driving can damage their lives:  causing feelings of isolation and stress, leading to depression and health problems.

Seniors are also more at risk from simply being pedestrians, because the ‘infrastructure of the road is set up for younger people, with traffic lights at pedestrian crossings giving older people too little time to cross the road.’

Next time you see a story in the press about an older person making a driving mistake, email the facts to the editor, and suggest that he or she should publish a more balanced story.  In the case of the current petition, you could email your MP giving the true picture.