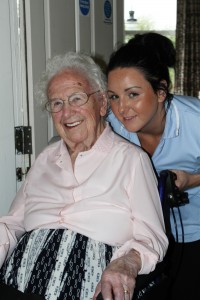 About 500,000 vulnerable old people in England rely on carers coming in and helping them each day.  Sometimes their carers are the only people they see from one day to the next, so they are a lifeline in every sense of the word.  Without their carers they wouldn’t be able to get washed or dressed, or cook a meal.

These frail elderly folk are the most vulnerable people in our society.  They only get funding if they pass Councils’ eligibility criteria, and 90% of Councils are only funding ‘critical’ care, that is those with extreme care needs.  Most of whom should be, by rights, in residential care, but home care is cheaper.  But there’s only so low you can go…

The work is tough, both physically and mentally, but most carers love their work.   I’ve spoken to quite a few who say it’s worthwhile and fulfilling.

But, as vital as they are, they are being done out of a slice of their wages by slight-of-hand-arrangements Councils have with their care agencies.  Most Councils only pay for the time spent with each client,  not for their travel times or fuel costs.   Care given in individuals’ homes is called ‘domiciliary care’.

It works out at around £4.00 an hour, according to carers interviewed on BBC Radio 4 News this morning.  One had complained to HMRC which, then, she said, took 18 months to investigate, but it did result in back payment of around £800.   Another carer said most of them didn’t complain because they feared losing their jobs.

It’s not a new thing.  In August 2013, the Resolution Foundation think-tank published a study showing then that some carers were being paid around 20 per cent below the legal limit.  The think-tank said it was a ‘national scandal’ and called for a ban on the practice of councils funding care in 15 minute slots, which it blames for the low pay rates.

Not many people know that we have a domiciliary care team in Yorkshire, at Royd Court, our extra care housing complex, where people live independently in their own flats and can arrange to have help in their own homes, when they need it.  Our carers are on site and don’t have to travel, of course, and they are paid above the minimum wage. 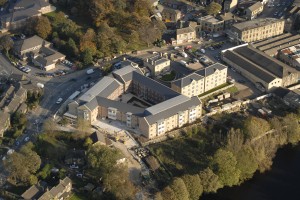 It makes such a huge difference to older people’s wellbeing.  Visiting a few months’ ago I heard a really heart-warming story about a couple who moved in shortly after the wife had been diagnosed with a terminal illness.  Her husband told me that they knew she would need personal care,  not nursing care, and they didn’t want to be separated by her having to go into a residential care home.  So, hearing about the care team at Royd Court, they moved into a flat there.

Towards the end of her life she was so well cared for that a huge burden was lifted and they were both blessed; best of all this long married couple were able to be together until the end.  What he hadn’t expected was the loving support of others living at Royd Court, afterwards.  He just hadn’t thought about it, and couldn’t find the words to say how much it meant to him. 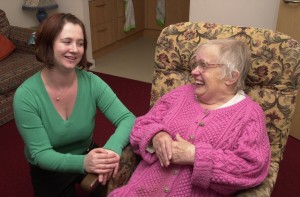 A visiting social worker told our care manager, Georgina, that this is how it ought to be … older people living safely in their own homes, in a Christian community, having care when they needed it. It blesses us too.  It sounds corny, but it’s such a privilege to be able to do it.

Of course we couldn’t do it without our supporters –  people like the ‘Friends’ of Royd Court group who raise funds for the work, and have regular meetings with residents and staff to see how they can help.  They will also help with little jobs like fixing computers, or putting a new desk together.  All our homes and housing have ‘Friends’ groups, and people support our work in general, too.  Finally, we know couldn’t the work unless God Himself sustained it.

We need to pray for frail old folk in the community, and for their carers.  And for us, too, that we’ll be able to continue what we do.

Can going to church reduce the risk of dementia?