It seems that every charity and church in the UK is doing its best to make sure that no one is lonely this Christmas.  Premier Christian Media is running a campaign in its daily digital news to ensure that no one spends Christmas alone, inviting churches to enter details of their Christmas events, so they can be entered a map which Premier is showing on its website.  You can find out about it here – https://www.premier.org.uk/Projects/Christmas-Alone?utm_source=Premier%20Christian%20Media&utm_medium=email&utm_campaign=8989319_Christmas%20Alone%2014%2F12&dm_i=OXC,5COX0,IPCG34,KOUOP,1

(There’s a helpful leaflet, called ‘Christmas Conversations’ on the Faith in Later Life website, at https://faithinlaterlife.org/fill-resource/christmas-conversations/)

After all the warm and happy Christmas events, churches will do their best to keep in touch with people who came in from the surrounding communities. 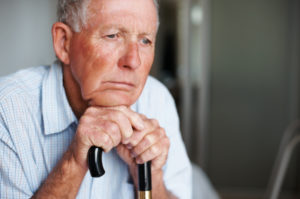 But there’s a kind of isolation of the soul that we are not very good at tackling.  Bereavement can create the deepest sort of loneliness, and Christmas and New Year can be the worst times.   Last Christmas, in a feature about loneliness, the BBC interviewed a 96-year-old whose wife had died a couple of years’ earlier.  He’d spent the Christmas period with his daughter and her family so it wasn’t that he was lacking company. But back in his own home, as he watched the New Year in on television, something he’d done for so many years with his wife, he was overwhelmed with loneliness.

A week or so ago I heard about a 74-year-old who sank into grief when his wife died, and neglected himself and his home so badly that he was brought to the attention of Social Services. They helped sort his life out, but now the best help is coming from a volunteer, a retired doctor in the befriending team of a local church.  He’s coming alongside, taking time to listen.

People who’ve been bereaved often say that they feel ignored, because people don’t know what to say to them. At a workshop on loneliness in a chapel in a Welsh valley a woman said that after her husband died no one from the church fellowship visited her except the pastor, and that was because it was part of his job.  We tend to stay away from situations where we feel uncomfortable. (Ecclesiastes 7:2 has an interesting take on this.)

Yet we are encouraged to comfort those who grieve.  The best way is often simply by listening. The person who’s been bereaved often wants to talk about the person who has just died.  When the wife of a friend of mine died, unexpectedly and much too young, my friend would call in and have a cup of tea, and just talk about her and their lives together.

It’s also good to offer practical help. It may not be accepted, but it’s a reaching out, still.  It shows that you’re meaningful and not just here for the moment.

And that’s what we’re trying to do at Christmas. So as well as scooping up the lonely, keep an eye out for those feeling that isolation of the soul.  Come alongside, and listen.

email
Tags: tackling loneliness of the soul this Christmas

Depression is not dementia

Living in the past, or waiting for the future?