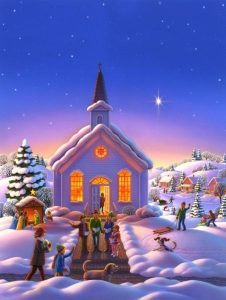 Christmas is a great time for showing the love of God and telling the salvation story.  It’s when you’ll see people who don’t normally come to church turn up for the Carol service, and often to church social events.   Church members go to a lot of trouble putting up posters around town and invitations through letterboxes.  The angels must smile at their warm hearts and their Christmas time outpouring of mince pies, cups of tea, cakes, goodness and kindness.

But sadly, there are many older people in every community who don’t respond to invitations like this. Research by Age UK found that nearly a million older people have a low view of themselves and their life rarely or never has any meaning.  Many have absorbed damaging ageist attitudes.(1) They tend to be under nourished because they eat their meals alone and can’t be bothered most of the time.  Some end up in hospital severely undernourished.  In a leaflet on loneliness the Church Urban Fund said they are isolated because they have the wrong view of others, in other words, they fear they will be judged and rejected. Some great work is being done by befriending programmes where volunteers visit people who are referred to them by a GP or social agency, usually in crisis.

But there’s a programme that has been working quietly for some years now that can be a vehicle for reaching shy older people at grass roots level. Where individuals get to know each other and create ‘safe spaces’ for their older folk.

It’s called ‘Street Associations’ (SA) and has been working for some years in Birmingham.  (Google ‘Streetassociations’).  It sees lonely people drawn out and into community on individual streets. Neighbours get to know each other, and people build relationships.  98% of people surveyed said it had brought generations together and 99% said it had made their street feel friendlier.  (See http://streetassociations.org/the- )

How would this work for churches? 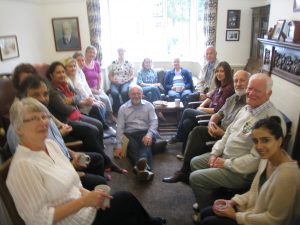 Each Street Association is run by individuals on their own street.  Someone gets the vision and forms a committee. They are sent a Starters’ Pack which explains the how-to and contacts with the organisation.  Many  SAs have been running for years now:  streets where people once were anonymous and isolated are now communities where people smile as they pass and talk to each other. There are stories on the SA website of people who rarely spoke to others before their SA was started. They organise community events and generally work as communities used to work before they were fragmented by modern living.

For Christians it’s an opportunity to obey what Jesus said was the second most important commandment – to love your neighbour as yourself.  It also follows Jesus’ pattern of going out to where the people are.  It isn’t a church plant as such, which again, relies on drawing people in, and looks first and foremost to preaching the Gospel: it’s about individuals building relationships.   Older people are best reached with the Gospel in relationship.  If only a few people from a local church were involved in a SA on their streets they would quickly reach isolated older people in a natural, every-day, way.  They would begin to see their value, and as relationships developed, be drawn to Jesus.

The deadly ripple effect of the anti-vaxxers

Celebrating Grandparents and the Elderly