Who wouldn’t agree that the last few years have been turbulent?  I’m not even going to mention the B word.  Social care has almost collapsed and thousands of people aged 80 and over are caring for frail relatives, many of them living with dementia.  A&E waiting times are worse than ever, and 800 more people are dying each week than in previous winters according to the latest figures for England and Wales from the Office for National Statistics. Ageism is still affecting thousands of lives and employees over 50 are scared to admit it for fear their age will count against them, a survey for AIG Life Insurance found.  Half of all workers under 40 fear their careers will begin to stall at 50.

It would be great to be able to write at the end of 2020 that a Social Care Plan has been put in place and is working nicely.  After all, other countries have done it, including Japan, which has more of an older population than others.  And that instead of advertisements for products that remove the ‘signs of ageing’ there are those that promise things like, ‘showing your glow at 80!’  Also, recruitment advertisements that say, ‘experience appreciated’, or something similar.

If there were an archway over the gate of the New Year, the motto inscribed on it should read:   ALL CHANGE.  In the meantime, here’s encouragement from a few famous lines from a little known poem, and a verse of Scripture.

‘I said to the man who stood at the Gate of the Year, “Give me a light that I may tread safely into the unknown.”And he replied, “Go out into the darkness, and put your hand into the hand of God. That shall be to you better than light, and safer than a known way.”

They’re from the poem ‘God Knows’,  by university lecturer and former Sunday School teacher, Minnie Haskins, published in 1908.  King George VI quoted them at the end of his Christmas Day broadcast in 1939, to give encouragement at a time when the country was at war and the outcome was uncertain. 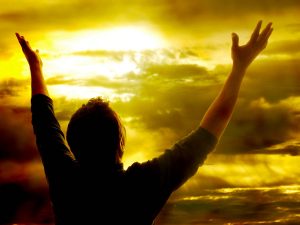 We’re not at war now, thank God, but many outcomes are still uncertain.  We still need encouragement, both individually and as a nation.

As my American friends would put it, ‘God, you’ve got this!’

email
Tags: Thoughts and hopes for the New Year

The Archer’s polishes up its crown jewels

The very best way to start the New Year

Betraying the ‘great generation’ in the coronavirus crisis

Disconnection destroys us – but King David’s prescription restores us