‘As a man thinks in his heart,’ could influence how early he dies, according to a study by University College London, who found that people who felt younger than they actually were had lower death rates than others in their cohort. 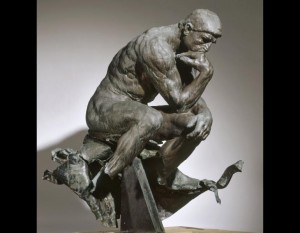 Published in the Journal of the American Medical Association (JAMA) Internal Health, researchers looked at the link between how old you felt against how old you really are, and what that meant in terms of dying earlier – or not.[i]

The team drew data from a study on ageing and included 6,489 individuals, whose average chronological age was 65.8 years.  Most of the adults (69.6 percent) felt three or more years younger than their actual age while 25.6 percent saw themselves close to their real age and 4.8 percent felt more than a year older than their chronological age.

There could be a number of reasons, according to the study.  Perhaps there were broader set of health behaviours than was measured, (such as maintaining a healthy weight and adherence to medical advice), and greater resilience, a sense of mastery and will to live among those who feel younger than their age.  ‘Self-perceived age has the potential to change, so interventions may be possible. Individuals who feel older than their actual age could be targeted with health messages promoting positive health behaviours and attitudes toward ageing,’ the study concluded.  It could be, in the light of the link between self-perceived age and cardiovascular death subjects had an undetected cardiovascular problem.  It could be investigated, at least, and the authors, Isla Rippon and Professor Andrew Steptoe (UCL Epidemiology & Public Health) say that the mechanisms underlying these associations merit further investigation.

During my dissertation research, among the stressors said to be a major contributor to dementia caregiver burden was the caregiver’s perceived sense of health. Which isn’t surprising, because if you think your health will collapse you’ll be stressed trying to work out what will happen to the loved one you’re caring for.

Apart from the practical aspects of keeping a healthy weight and sticking to medical advice, all the other factors mentioned – resilience, sense of mastery and will to live are subjective.  In other words, they’re emotional, or psychological; they’re things of the heart.

The writer of Proverbs got it right hundreds of years ago. Proverbs 4:23 says, ‘Above everything else, guard your heart; for it is the source of life’s consequences.’ (Complete Jewish Bible.)  And Proverbs 23:7 says that, ‘For as he thinks in his heart, so is he.’  The context here is different but the principle is the same.

Arguments can help put off dementia