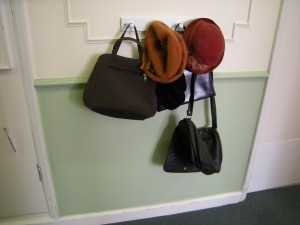 A new report to Parliament by MP Frank Field shows that as many as 1 million older people are starving in their homes because of loneliness and isolation. (The Times, 22-01-18).

The report quotes a woman in her 80s whose husband went into a care home with dementia. The district nurse who’d been visiting her husband to help with food stopped coming, and with no one else visiting, the woman did not eat a proper meal for nine weeks. She went unnoticed until a neighbour came two months later.  Among others, the report mentions a man in his 90s who was banned from his local supermarket because he fell twice and was an insurance risk – so he was unable to buy food.

Mr Field said that some malnourished older people entered hospital weighing 5 ½ stone, with an infection, or following a fall which kept them there for several days, if not weeks.

The report follows an announcement that the government is appointing a Minister to tackle loneliness, recommended by the Jo Cox campaign.  Around 9 million people in the UK, mainly elderly and disabled adults, live very solitary, lonely lives.

Ten years ago, Meals on Wheels used to help around 155,000 people.  For many this was their only point of contact with another human being. The services were mainly run by volunteers who were also befrienders, keeping an informal eye on frail older people.   Today only 29,000 people receive Meals on Wheels – because of lack of funds.  Yet spotting a problem early can prevent many elderly ending up in A&E, experts say.

So it’s hats off to the churches that are working hard to reach the lonely in their communities.  They organise a whole range of activities, such as  lunch clubs and afternoon activities of all types – anything that meets the need.  All paid for by church members and run by volunteers who are often retired and older themselves.

In March, at our conference in March at Romford Baptist Church, one of the speakers will describe an effective community outreach program run by churches working together in the North.  It’s seen to be doing such a good job that it’s attracting more volunteers and engagement with social services and the local police, who refer people who need befriending.  It’s also attracted some charitable funding.

Wouldn’t the new Minister for Loneliness be wise to consider allocating funds to churches already doing such valuable work?

Communicating with Dad through the dementia