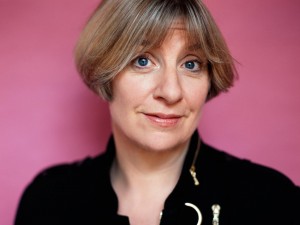 We’re going to miss Victoria Wood.  She must have caused a spike in sales of  ‘Woman’s Weekly’ magazine after she referred to an alternative use for it in the cheeky little song, ‘Let’s Do It!’   She retired from stand-up comedy after 2001, instead writing and producing TV comedy shows, but was persuaded to return for a BAFTA evening in 2008.  Her take on the Seven Signs of Ageing’ is hilarious – impossible to watch without laughing.   A comment below the video said, ‘A friend I shall never meet. May God bless her and all her family and friends.’

There have been many smiles this week this week at the publicity surrounding the Queen’s 90th birthday.  She still rides a horse;  still walks backwards nimbly (from the Cenotaph), still works nearly every day of the week and  is still one hundred per cent engaged with life.  Photographs show her as Queen, mother, wife, grandmother and great grandmother, clearly experiencing joy in her later years.

That joy is too often missed by older people, because of ageism, according to an article in the Guardian.  There are negative views on what is called ‘an ageing society.’  ‘A maturing society might be more apt.  At 90 the Queen is a regal example of living better for longer. On the throne, she couldn’t have more advantages or be more visible as a nonagenarian. But like Patricia Routledge, still acting at 87, or Diana Athill, still writing at 98, and many others in their 90s, all are treated as exceptions.’[i]

Time to adjust our set

“Exceptionalism is itself a form of benevolent ageism,” says Thomas Scharf, professor of social gerontology at Newcastle University. “It makes the very much older person who is active seem a breed apart, but they are only older versions of us.

“Older people are regarded as a burden on society, yet the evidence shows civic life is sustained by engaged, much older people. Without them, the rest of us would be even more atomised and work would dominate life even more strongly than it already does.”

In the early days of television sometimes the picture would degrade and there would be an announcement explaining that it was a technical fault that was being rectified and viewers were told,  ‘please do not adjust your set.’  There hasn’t been anything like that for ages, thanks to improved technology.

The likelihood is that most of us are going to live to be a good old age.  Isn’t it time we changed how we view the mature age; time we adjusted our set?

How we cope with fear

Does Loma Linda hold the secret to health and longevity?