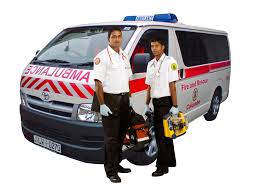 Sometimes you have to read a press story several times to unpick the gist of it.  An article headed, ‘Death Wish Databases spark fears elderly will be left to die,’ has been on my desk for a few weeks, waiting to be read again, and then again, to make sure that I understood what it was saying.  Because I didn’t believe it the first time.

Last September I wrote how elderly and disabled people in England were being visited by district nurses with questionnaires looking for answers such as, ‘Where would you like to die?’ and ‘Would you want to be resuscitated in a crisis?’

Now there’s news that the answers are going to go onto a huge IT database.  The information would be accessible to GPs, hospital staff and ambulance crews.

The aim is to reduce the number of dying patients being ferried to hospital for ‘unnecessary’ reasons.  It’s been estimated that use of ‘electronic palliative care co-ordination schemes’ could save the NHS £50million a year.

The big question, though, is how can you tell if someone is dying?  Among the reasons for revoking the controversial Liverpool Care Pathway – which in itself was not a bad thing – was that it is difficult to predict exactly when someone is dying.  Some people were taken off it and went on to recover.

So, are we going to have a system where ambulance crews access the database and, reading that the person’s preference is to die at home, make the decision not to take them to hospital?  Do they have the clinical training to judge whether a person is dying, or whether an intervention would make a vital difference?

It’s something that concerns Dr Tony Cole, chairman of the Medical Ethic Alliance, who said, ‘A patient nearing the end of life may have a treatable condition which could be relived.  People making their own end of life plans may not foresee this.’

Neurologist Professor Patrick Pullicino said the concept of pre-determined electronic registers was very worrying.  ‘Even though a patient may state that their preferred place of dying is at home, if they develop an acute emergency, they should not be denied admission to hospital for assessment,’ he said.

It seems to be part of a drive to keep older people out of hospital altogether.  The Royal College of Physicians is trailing video link consultations from GPs’ surgeries instead of live meetings with specialists.   Not that older people hanker after hospital treatment, but should they need it they are entitled to it, surely?

One of our home managers told me about a resident who had a health crisis several times.  On one occasion she called for an ambulance, and as the paramedics were taking the lady out on a stretcher they said they thought she might die before they reached the hospital. ‘Bring her back in then!’ said the manager, ‘If she’s going to die we’d rather have her here.’  They were surprised because that’s not what they were usually told.  But going to be with the Lord is precious in our care homes; it’s a holy time.

Still, if someone needs an intervention only a hospital can give, we want them to have it.  We need to pray that older people will not be seen as disposable cast-aways, not worthy of medical attention.

How to anti-age your brain

Doing cartwheels with the truth