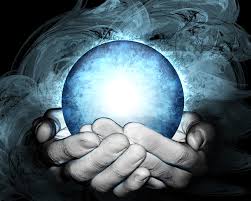 Most of us do it –  contemplate our future and imagine what it will be like.  And how we see that future depends very much on what is happening in our world today.  If you know your uncle has left you his fortune in his will and that he is nearing 100 years of age, you will have an upbeat view of at least one aspect of your future!   For Christians, whatever the immediately future, the lasting future is one of incredible joy.  No-one has seen it or heard it, (1 Corinthians 2:9) but Jesus promised it and we know it to be true.  How can we be so sure of that in a shifting, changing, increasingly unsettling world?  Because of the Holy Spirit within us.  ‘He is a deposit guaranteeing our inheritance until the redemption of those who are God’s possession, to the praise of his glory, ’ Ephesians 1:14 says.  How kind of the Father not to leave us relying on ourselves!

A Welsh friend was fearful that something could go wrong with her surgery the following morning.  Praying about it, she said, ‘Lord, just a bad slip and suddenly I could be with you!’  Then, realising what she’d said her spirit leapt and she added, ‘Well, there’s lovely, then!’  You have to imagine her accent to sense the depth of relief. She says she slept like a log all night.

So it was sad to read about the 75 year old nurse who decided to end her life simply because she didn’t want to grow old.  Gill Pharoah had been a palliative care nurse and her experience of caring for older people in extremis coloured her view of old age.  She said that old age was not ‘fun’ and that she preferred euthanasia to becoming ‘an old lady hobbling up the road with a trolley’.[i]  In an online blog she’d written that ‘old people are a burden on society’.  (She didn’t seem to consider the 101 year old abseiling down the Spinnaker Tower in Plymouth to raise money for charity, or the 96 year old breaking his own sprint record, or the millions of others enjoying life until well into old age.)

The message Ms Pharoah is sending to all older people, and by implication to people with disabilities whatever their age is that they are a burden on society.  She notes that some of her friends have partners who are ‘a liability to them.’  Which, sadly, says more about Miss Pharoah’s values than the reality of old age, with or without infirmities.

In his book, ‘Reaching Down the Rabbit Hole’, neurologist Allan Ropper describes a strapping athlete who, at the pinnacle of his career, was diagnosed with amyotrophic lateral sclerosis (ALS), a disease that damages motor neurones in the brain and spinal cord.  Dr Ropper made it clear to George that at any time, as the disease progressed, it would be his choice to withdraw his life support.  But George’s values were set.  His disease was of the slowly developing kind.  He’d taken out insurance when he’d become a parent for the first time and could afford a team of helpers, 24 hours a day.  His decision to stay alive for as long as he could was based on his desire to develop and enjoy relationships with his friends and the wife and daughter he loved.  His wife Felicity, said, ‘There really was never any doubt or thought or how we would pay for it or how we would manage.’   Fast forward ten years and Dr Ropper describes visiting George at home.  He is on a ventilator with a tracheostomy, is in a special chair with his forehead strapped back to stop his head falling forward and can only communicate with a slight movement of his knee on a computer keyboard.  But he and his family are ‘blissfully happy.’  And family life is ‘normal’.  Yes, read that again – blissfully happy. That’s what they said.

Felicity told Dr Ropper, ‘I remember telling George that I fell in love with him because of his soul, and that I knew that his essence, his spirit, what defined him as a man was going to remain intact whatever happened to him physically.’

Their values sprang from their love for each other, and they accepted what must be one of the most challenging future consequences because of that.   At the same time, they knew of patients who had decided to withdraw life support, and they respected their decisions. But they did not attempt to impose their own values on them, or on others.

Which is where the danger lies in the private members bill being introduced by Wolverhampton Labour MP Rob Marris in September.  Bishop.  The RC Bishop of Shrewsbury has joined the voices speaking out against it.  The Right Revd Mark Davies said, ‘there is a danger that legalising assisted dying could lead to people coming under pressure to end their lives if they begin to see themselves as a burden to others: “We have good reason to fear that the right to die will quickly become the duty to die.

‘By the proposed law, those in our hospitals and care homes will be offered assistance to commit suicide.  The very ones who should be accorded the greatest support will

be legally offered help towards killing themselves.  Conscious of the sometimes scandalous neglect of elderly people in our present health and care provision we can imagine the pressures under which some of the most vulnerable will come if assisted suicide becomes the mind-set of British society.’

The bill will be debated in Parliament on 11th September.  Bishop Davies said he is worried that: ‘We may only have a matter of weeks to make our voices heard before Parliament decides whether a culture of care or a culture of suicide and eventually of killing prevails.’

We can join our voices to make them more effective.  The Care not Killing website has links to your Member of Parliament, and lots of helpful information.  Each person matters to God, and He values their lives, even if they don’t themselves.  Go to http://www.carenotkilling.org.uk/about/get-involved/

In the meantime, we can leave our futures to God.  The Scripture tells us not to worry about tomorrow!  Because of Calvary, because of Jesus’ death on the cross, we are safe in His Hands.

Living in the past, or waiting for the future?

Do we want assisted living, or assisted dying?