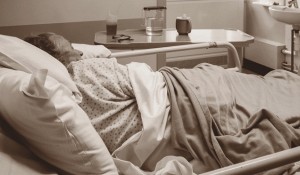 When the government rejected the assisted suicide bill last October, nobody thought that that would be the end of it.  And here it is again, I focusing on a sad, hard case and backed by ‘Dying with Dignity’, the organisation that used to be called the ‘Voluntary Euthanasia Society’.

The person in question is 57 year old Noel Conway, who has been diagnosed with motor neurone disease.  He is hoping to take the government to a judicial review to enable a doctor to help him die when his health deteriorates.  He said: ‘As someone who has always been in control of his life and taking responsibility for himself, I find this quite unacceptable. I want to change the law to allow assisted dying so that I can be in control of my own death.’

Medical professional bodies are firmly against the assisted suicide Bill.  It clashes with the centuries old Hippocratic oath of ‘do no harm’ and introduces a culture of killing into medicine.  They urge support for people who feel their lives are not worth living; practical, emotional and spiritual support.

When writing a booklet last year on ‘What Matters in the End’, about end of life care, I drew information from a number of sources, including a specialist end of life care nurse who told me about the good palliative care and pain control that is available nowadays.  In his book, ‘The Right to Die’, (IVP, 2016) Professor John Wayne points out in his the arguments in favour of the legalisation of assisted suicide and euthanasia are no longer focussed on unbearable suffering. Instead there is a rising demand for choice and control over the time and manner of our death, coupled with fears about the social and economic consequences of increasing numbers of elderly and dependent individuals.

It’s the consequences for the elderly and disabled that are the most troubling.  It will put unbearable pressure on frailer older people to end their lives.  Many already fear that they are a burden and are of ‘no use to anybody now.’  We remind them that God has a purpose for every life, to the very last minute. If assisted suicide was to be made law many of them would feel obliged to ask for euthanasia, and it’s not beyond the bounds of possibility that others might suggest it to them.  After all, if you know you’re going to die, why not think about sooner rather than later, and save £thousands in care home fees? How hard would that be to resist, for a frail old person?

Christian anti-euthanasia campaigner James Mildred says it’s important to look past the personal circumstances surrounding the case. ‘Speaking to Premier, he said: “Changing the law, even as a response to hard cases like this would prove to be a huge mistake with devastating consequences for the most vulnerable in our society.

While it is impossible not to feel sympathy for Mr Conway the current law not only works and is compassionate, crucially it also protects the doctor/patient relationship.’

Once again, it’s time to pray!

Disconnection destroys us – but King David’s prescription restores us

Rising ageism in the crisis and how it’s being challenged

We must break this ‘conspiracy of silence’ about dying