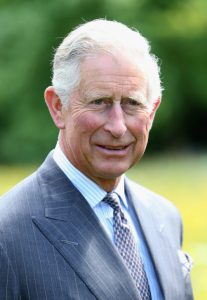 Last Saturday, I sat near Prince Charles.  About 20 yards away, actually, at the Welsh National Opera (WNO) , together with other members of the audience in that area.  But close enough to shout a cheery Welsh greeting, which of course I didn’t.  My daughter would have disowned me.  And I have to say that he’s looks much better in real life than in his photographs.  (‘A very nice man’, my little group agreed.)  He also looked every inch a prince, with a distinguished presence.  It was a private visit and he and his entourage entered quietly and without ceremony, which rather disappointed my friend Frances who wanted us all to stand and sing  ‘Mae hen wlad fy nhadau’, the Welsh national anthem.  ‘After all, he is the Prince of Wales,’ she said.

We hadn’t known beforehand that a ‘Royal’ would be at the WNO that evening, though we did wonder about the number of security people we passed outside.  The need for protection everywhere he goes must restrict the Prince’s freedom.  He’s a quite distinctive person, and would be spotted anywhere –  so no spontaneous popping out of Highgrove to the corner shop, then.   I wondered who prays for Prince Charles.

But don’t we all need prayer?  At some times more than others.  In 12 days’ time our Chief Executive, Stephen Hammersley, and his son Philip, will be doing a sponsored cycle ride to raise funds to help end loneliness among the elderly.  They will be riding 357 miles in just four days, stopping at our six homes in the south, riding from one to the other.

They’ve been training for weeks’ now.  Some days Stephen has been cycling home after work.  That’s a three and a half hour journey from our offices on Tower Bridge Road in London to one of the Home Counties.  ‘What about the London traffic?’ I asked him, ‘Do you feel safe cycling through that?’   ‘It isn’t all that long through the traffic,’ he said, ‘there’s a tow path that cyclists use and I can follow that for much of the way.‘   Sounds tranquil. And it might be without the slavering Alsation dogs leashed on their houseboat, and the roaming Canada geese that run to the attack. 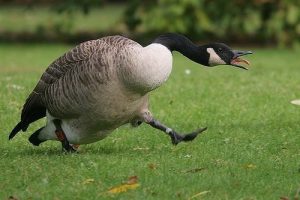 Earlier in the year Stephen and Philip did a sponsored ride (450 miles) around the homes in the North.  So, from experience, what prayers they would value ?  Here they are:

‘There’s an epidemic of loneliness, that is growing as people live longer.  Over half of those aged 75 and over live alone,’ said Stephen.  ‘Churches are uniquely placed to support the lonely people in our communities. Their local presence and existing community life make churches a welcoming place for people of all ages and stages of life.  The Bible talks of people as being designed to be part of God’s family and we plan to raise funds to inspire and equip churches to bring this good news to people through the work of Pilgrims Friend Society and a new initiative we are part of called “Faith in Later Life.’

Do pray for Stephen and Philip, and for our initiative to help end loneliness.  And if you’d like to help us, click on http://www.pilgrimsfriend.org.uk/appeal/lnl

email
Tags: loneliness in the elderly, prayers for protection

On their bikes for the best dementia care in the world!

What lights up your brain? Other people!