Alex from Premier Radio called today – would I like to comment on loneliness among older people?  Age UK has released a new study.   Indeed I would.  Dementia is the greatest fear of today’s elderly, but loneliness is without any doubt their greatest sorrow.  Often it’s not just simple loneliness, if there’s such a thing, but is compounded with grief. 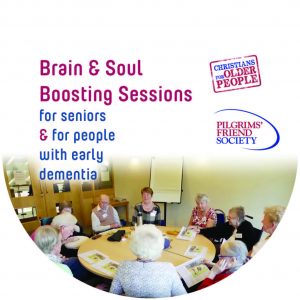 When Alex from Premier called, I’d just been reading the press story about ‘the old soldier’s’ battle with loneliness.  I’d previously heard 95 year old Bob Low interviewed on BBC Radio 4s ‘Today’ programme.  He said he’s been lonely since his wife died six years ago.  This year, he’d spent Christmas with his daughter, but he and his wife would always see the New Year in together, and at the stroke of midnight would wish each other ‘happy New Year!’   You could hear the grieving in his voice.   Bob isn’t without family, and said that he has ‘some lovely people who help me … but the loneliness!’

When someone you love dies after a long life together, it can feel like an amputation.  A part of you has gone, and you will never be the same.  Most people manage to emerge through the grief and reconstruct their lives, but it’s harder when you are older.  It seems to be particularly hard for men. I remember one of our residents, David, explaining how he’d come into the home because he couldn’t manage after his wife had died.

Several studies show that long term loneliness can lead to health problems, such as cardiovascular conditions, depression and dementia.  But the danger is  actually feelings of loneliness, according to medical researchers.  A study published in 2012 in the British Medical Journal showed that feeling lonely, as distinct from being/living alone, is linked to an increased risk of developing dementia in later life.[i]  Several studies have confirmed the findings.  Researchers at Rush University in Chicago say it doubles the risk.

Back in 2014, Age UK’s research revealed over a million people classed as ‘chronically lonely’; that is, they’ve been that way for years.  Now the charity’s latest report says that half a million people over the age of 60 live week after week without meeting another soul.

The British Red Cross found that a fifth of the adult population are either always, or often lonely.  The report, published last month, was called, ‘Trapped in a Bubble.’  Here in Wales the Red Cross raised more than £25,000 through stores in Cwmbran and Newport to help the lonely in two areas.  The report in the South Wales Argus said that ‘teams of volunteers will fund up to 12 weeks of person centred care, identifying relevant activities, interest groups and services.’

Last year we wrote to nearly 300 churches in and around Pontypridd, enclosing a list of topics they would like to see addressed in a Conference we were arranging in February.  Top of the list was LONELINESS.  Second was dementia.  We ran a seminar on it at the conference, talking about how churches can help tackle it.  And there’s no doubt that Christians want to help.  Many churches have a whole range of outreaches and activities for older people – often with people in the 70s and 80s being the main movers.    (We’re running a similar seminar in March at a conference in Cambridge – details on our website.)

Last month we published a Workbook with a programme of themed sessions to boost the cognitive and spiritual wellbeing of seniors.  We’ve called it, ‘Brain and Soul Boosting for Seniors.’ (BSBS) We ran it for over two years with people living independently in their own flats in one of our housing schemes, and then we had others try it in their own, very different circumstances.  It was trialled in hospitals, in care homes, in people’s own homes, and in churches.  The feedback was fabulous.  Seniors loved it.  Friendships blossomed, faith was strengthened, and two group leaders in Nottingham were so blessed by their results they wrote about it in our Winter Pilgrims’ Magazine.  You can read it on our website here – http://www.pilgrimsfriend.org.uk/christians-for-old-people/resources/magazine/.  You can also read about BSBS.

I think it works so wonderfully well because just sitting and listening,and encouraging seniors to share their thoughts blesses them so much. ‘I felt able to talk about things that I normally don’t,’ said one participant.  And it works because God designed human beings to develop in relationship with one another.

We’re often asked by church leaders for advice on engaging older people.  Advertising ‘Brain and Soul Boosting for Seniors’ in GPs’ surgeries and local shops could well draw them in from the local community – and everyone will be blessed.

How to avoid dementia