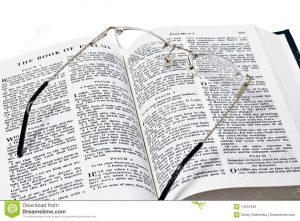 Beryl  (name changed) asked the question after watching  a TV programme about a young girl who had been sent home from hospital to die after gruelling treatment for cancer. Then, wrote Beryl, her father sent her back to the cancer hospital kicking, screaming, and crying. She had more horrible treatment but died soon after.  The doctor said with tears in his eyes, ‘We do not know how much damage we did to Alex, physically, emotionally and spiritually.’  The thought of damage done to the person’s spirit was a concern for Beryl. who is living with dementia.

Before replying, I consulted with Revd Roger Hitchings, a retired pastor respected for his Bible knowledge and theological expertise,  because there are different understandings of the meaning of spirituality and what constitutes a person. The answer depends on what we mean by the spirit of the person.

In 1 Thessalonians 5:23 the apostle Paul refers to us as body, soul and spirit.  The soul is the person’s inner being –   the psyche, the emotions and all that forms our personality. In this, and in his other writings, Paul describes the spirit as the essence of the person, the place where God the Holy Spirit dwells and forms the conduit between Him and the individual; the ‘Holy Place’ in our souls.  ‘The ]spirit of a person is the lamp of the Lord, Searching all the innermost parts of his being,’ says Proverbs 20:27.

But the spirit of the person can only be damaged by the person’s sin.  The Holy Spirit convicts us of sin, so that we can confess it and be forgiven.  At death, the spirit of the person goes to be with the Lord and is then made ‘complete in Him.’  Our end-of-life care specialist, Emma, tells me that she has seen many people ministered to at this time by the Holy Spirit, their relationship with Him becoming richer and deeper.

There is also the phenomenon in dementia known as ‘re-menting’, where the person with dementia suddenly reappears through the fog with all the faculties that had apparently been lost – speaking, understanding, conversing, totally themselves.  It often happens toward the end of life, when scans show extensive brain damage.  There is no medical explanation for it, only different theories based on ‘cognitive reserve or resilience.’  When this happens in Christians they often talk of things of the Spirit.  The daughter of one of our residents with dementia who had not spoken a word for months told how one day he ‘came back’ and said that in his silence, God had been speaking to him. There are many similar accounts.  I mention it here because it’s proof that we are, as the apostle Paul says, spirit-beings in earthly bodies.  (2 Corinthians 4:7).  It’s reassuring to know that at our weakest and most helpless times, our spirits are held safe by God’s Holy Spirit.

Email
Tags: At our most helpless, our spirits are guarded by God's Holy Spirit.

Growing and healing through grief