Shocking figures in Japan show that ‘frail, grey-haired figures’ are committing more crimes than youngsters.   What on earth is driving older people, who are usually conservative and law abiding, to crime?  And what sort of crimes are they committing?

Behind their crimes lie poverty and desperation, says lawyer Tamano Tsujikawa, who is a member of a committee on elderly people at the Japan Bar Association. ‘In the old days, elderly people were supported by younger generations.  That family function has gone and forced old people to live alone,’  she said, ‘It’s made worse by economic stagnation.’

The desperation behind elderly crimes was highlighted when a 71 year old man set himself alight with petrol on a moving bullet train, killing himself and a female passenger.  He had been struggling to make ends meet, and before he killed himself had asked his sister,  ‘Do they just want us old ones to drop dead quickly?’ [i]  Nine minutes before his sucide he had telephoned an official at his local council office to say goodbye, saying that he could not make a living. [2]

Money and greed is rapidly taking the place of integrity and values not just in Japan, but all over the world.  In my new book ‘Dementia: Pathways to Hope,’ (Lion Hudson, November 2014) I quote experts who show how commercial globalization has displaced national cultures and has introduced one that focuses on consumers only.  It sweeps aside the vulnerable, the disabled, and the elderly, and worse – it’s a deliberate policy.

Some years ago Gail Wilson, Department of Social Policy, London School of Economics and Political Science, in a paper published in the journal, ‘Ageing and Society,’ [i]  wrote, ‘Free trade, economic restructuring, the globalisation of finance, and the surge in migration, have in most parts of the world tended to produce harmful consequences for older people.  (My italics.) These developments have been overseen, and sometimes dictated by inter-governmental organisations (IGOs) such as the International Monetary Foundation (IMF), the World Bank and the World Trade Organisation (WTO), while other IGOs with less power have been limited to anti-ageist exhortation.’

Dr Dhrubodhi Mukherjee was a consultant with the World Bank in their Urban Renewal Program in India.  He is now Assistant Professor at the School of Social Work, at Southern Illinois University.  He says that,  ‘Globalization has contributed to economic wellbeing for many developing nations, but it has reduced “family” into a non-viable economic institution for the elderly by promoting urbanized social values of individualism and atomic self-interest .‘[ii]  (My italics.)

When nations whose culture has traditionally revered its elderly now abandons them, it’s a sign that something deeply ominous is happening.

In Matthew 24 Jesus describes the signs of the end ‘of the age.’  They are quite a few, but perhaps the most telling is, ‘And because lawlessness will be increased, the love of many will grow cold.’ 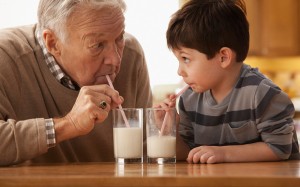 It shouldn’t be like that among those of us who follow Jesus.  In fact, more and more churches are doing excellent work among the elderly and they need our prayers, and support.  Don’t let what’s happening in Japan happen here.  If nothing else, make a stand not just for your sake but for your children’s.  If it’s bad now, think of what it will be like for them!

A legacy of honour for NHS ‘hidden heroes’

Families bearing the burden of cost for dementia care