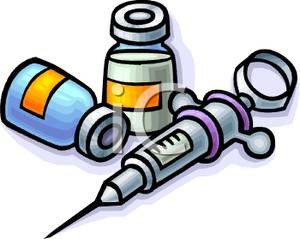 Thousands of older people have been ‘euthanized’ in Belgium, according to the Journal of Medical Ethics.

If you’re old and ill and live in Belgium, unless you have a Living Will that says you do not wish to be euthanised you are at great risk of being killed by your doctor, without your – or your family’s consent.  As unbelievable as it sounds, thousands have been killed in this way in Belgium, where assisted suicide is legal, by doctors who have judged that their lives were not worth living.

A recent report in the ‘Journal of Medical Ethics’ said that in about four out of five of the cases the death was not discussed with patients subjected to ‘involuntary euthanasia’ because they were either in a coma, they were diagnosed with dementia, or because doctors decided it would not be in their best interests not to discuss the matter with them.  Also, they did not tell their families that they were to give their loved one a lethal injection because they considered it a medical decision to be made by themselves alone.[i]

The report author, Professor Raphael Cohen-Almagor of Hull University said, ‘The decision as to which life is no longer worth living is not in the hands of the patient but in the hands of the doctor.’  ‘Belgium has jumped head-first off a vertical moral cliff,’ said Wesley J Smith, special consultant to the Center for Bioethics and Culture and a bioethics attorney who suspects the figures are just the tip of the iceberg. [ii]

In neighbouring Holland, the lives of 97 people with dementia were terminated last year.  Deaths by euthanasia increased by 151 per cent in seven years and the country’s regulator said it is now out of control.  Professor Boer, who was once a firm advocate of euthanasia, reviewed 4,000 cases and strongly advised the British Parliament not to adopt it.  He said that the Dutch were ‘terribly wrong’ to think that they could control it.  Fearful older people in Holland were said to be carrying anti-euthanasia cards.

Dr Peter Saunders of the Christian Medical Fellowship noted that the House of Lords calculated in 2005 that with a Dutch-type law in Britain we would be seeing over 13,000 cases of euthanasia per year.  He said, ‘The lessons are clear. Once you relax the law on euthanasia or assisted suicide steady extension will follow as night follows day.’

Now a new push to make euthanasia legal in Britain is being put to Parliament in September.  Labour MP, Rob Marris will be pressing the case for ‘compassionate’ assisting dying for people with just six months to live. It has been criticised by doctors, campaigners and politicians who fear legalising mercy killing in the most tragic circumstances could be the start of a slippery slope.  They say that safeguards may not be strictly observed, and vulnerable people such as pensioners and the disabled could feel under pressure to end their lives early.

‘The Belgium doctors’ judgment, based on the idea of a “life not worth living,” is a moral judgment not of facts (medical or otherwise),’ said Kevin Fitzpatrick, a researcher with the pressure group ‘Not Dead Yet’.  ‘A [British} law permitting euthanasia would reinforce this position, further clearing the ground to take away lives based on a moral judgment rather than medical fact.’ [iii]  The Liverpool Care Pathway, which was intended to ease the dying process for terminally ill patients, was discontinued largely because of concerns about doctors’ misjudgements.

Could the lessons learnt here and in Belgium and Holland (and also in some American States) be brushed aside?

The Bible tells us to ‘Speak out on behalf of the voiceless, and for the rights of all who are vulnerable,’ Proverbs 31: 8-10.  It isn’t even difficult for us to speak up.  We can email our Members of Parliament.  If you’re not sure who your MP is (after the Election) you can find out on this website. – http://www.parliament.uk/get-involved/contact-your-mp/contacting-your-mp/.

Simply say that you would like him or her to oppose Mr Marris’s ‘compassionate assisted suicide’ bill because it will be the beginning of the slippery slope that we are seeing in Belgium and Holland.  And that it will send a message to vulnerable disabled and older people that their lives are not worth living.

Put some rocket fuel under this agenda!

How to reduce stress and increase joy!