Next Friday Peers are to debate Lord Falconer’s  ‘Assisted Dying’ Bill –  euphemism for  ‘assisted suicide’, or death by doctor. 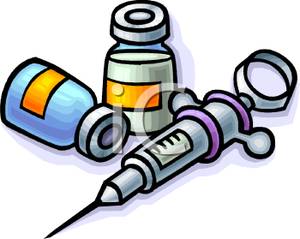 Christian Concern is organising a rally outside the House of Lords.  On its website you can see Michael Wenham, a former vicar who was diagnosed with dementia in 2002.  His big concern is that when doctors give life limiting diagnoses like his they will offer the option of suicide, if this Bill is passed.   It will completely alter the nature of end of life care in this country, and the underlying culture of care for the elderly.

Older people hate the thought of being a burden.  Research by Age UK and Silverline shows that older people feel they can’t talk to their neighbours, even when they are lonely, because they feel they would be a burden to them.  And in our care homes and at conferences often we hear the same sentiment e:  ‘I don’t want to be a burden.’

Should euthanasia become legal in the UK then thousands of older people could be offered a way of ‘not becoming a burden.’  If not overtly, then subtly.  The psychological pressure will be enormous – and for people to argue that there will be safeguards shows a huge ignorance of what psychological pressure is, and how it affects disabled and elderly people.

And, should they be leaving money behind, then, as one lawyer said to me recently, they need to be extra careful.  A You and Yours Radio 4 programme reported how  older people’s bank accounts are being raided by relatives (and what to do about it),  and one instance where adult children make it clear that they regard the money as theirs, anyway, even while the frail parent is still alive.

The issue may have been given more impetus by the death of Debbie Purdy, a long time campaigner.  Ms Purdy died peacefully in the Marie Curie Hospice of her home city.  Thank God for hospices, and for palliative care, and for good care homes, like ours.   But in the countries where euthanasia is the law, palliative care is almost non-existent.

The Dutch regular has warned our Government not to adopt it.  It is out of control in Holland, he said.  Scroll down this blog and you’ll find the story of how 97 people with dementia were euthanized – let’s put this clearly – killed by their doctors in one year in Holland.  And how an 81 year old was also euthanized because she didn’t want to go into a care home. One report said that some pensioners in Holland were carrying ‘Do Not Euthanize’ cards.

We need to protect older people now.  If we don’t speak out , who will speak out for us when we are old and frail?

If you can make the rally in London on Friday, do support it.  And see what Michael Wenham has to say on the Christian Concern website, here:

Is the tide going out on ageism?

Deaths’ shock – ‘the canary in the coal mine?’