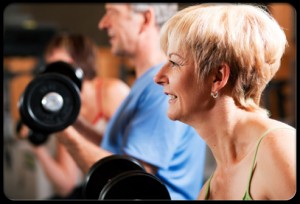 Where would we be without people who inspire us?   At the gym one morning I was feeling pleased with myself when I found I could increase my equipment weights – here comes Wonder Woman I thought – then an older lady walked past slowly, leaning on a cane.  Turns out she comes in five mornings a week because exercising regularly strengthens her joints and muscles enough to keep her out of a wheelchair.  She’s 67:  years ago an accident damaged her spine and it’s been degenerating gradually ever since, despite the best medical care.  ‘You can’t let it beat you,’ she believes.   She couldn’t stay long this morning, she said, as she’s minding her daughter’s house and animals while they’re away. ‘Three dogs, a hamster, a parrot and a 22 year old incontinent Siamese cat.’   Now there’s a real Wonder Woman!  Her name is Annette and she said I could write about her.

Another inspiration was an 81 year old gentleman who came up to speak to me at our conference in Horsham.  He had some advice for my presentation technique, in particular about not looking to the left at the main screen when there was a speaker’s screen on the balcony straight ahead.  And not changing the slides too fast.  I thought he was genuinely trying to help and said I’d try to correct it for the next session.  Today I’ve received a lovely card from him apologising for being so ‘questioning or critical’.  With a little PS saying, ‘But I might write to you soon, so beware!’  Here’s a chap who’s fully engaged with people and with life, so I’m going to email him at the address he sent saying, ‘Bring it on, Ed!’

Moving on to the consultant orthopaedic surgeon at the Isle of Wight NHS, Mr Millington, who operated on Britain’s oldest lady, 112 year old Grace Cooper.   Mrs Cooper had a hip replacement after a fall had damaged her hip.  Her son, 84 year old Derek Hemiston, who doesn’t look a day over 50 said, ‘The doctors were courageous to take the decision to operate on someone of that age but the operation went splendidly.’

While Mrs Hooper is awesome, the inspiration here is Mr Millington and his team.   He said, ‘If the benefits of having surgery outweigh the risks associated with the procedure, then usually it would make sense to operate. This is even more the case in the emergency situation such as hip fracture surgery. The alternative would have been an extended period of bed rest with great discomfort and a likely gradual decline in health with poor prospects for survival.’ 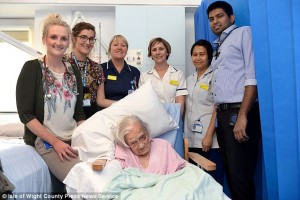 Clearly, he thought Mrs Hooper was worth taking the trouble for.   What an inspiring surgeon, to see the benefits to the patient, not the patient’s age!  Especially at a time when, according to the Macmillan Cancer Trust and Age UK, thousands of older people are being denied treatment by ‘ageist consultants.’  (See previous blog.)

Today’s final stars go to the MPs who stood against the assisted suicide bill earlier this month.  I’ve emailed mine to say thank you.  But the battle isn’t over, according to Christian Concern – it’s now  playing out on a different arena.  We’re asked to pray for Standing Counsel Paul Diamond and the rest of the Christian Legal Centre team as they prepare for a Judicial Review hearing on Monday 16 November. They are challenging the Director of Public Prosecution’s decision to relax prosecution guidelines on assisted suicide.  They say it is a vitally important case. Since the decisive defeat of Rob Marris’ assisted suicide bill last month, Christian Concern says we can expect the focus of liberalisation efforts to shift to the courts.  Remembering Ephesians 6:12, let’s not give up.

Joy after cancer, through blessing others