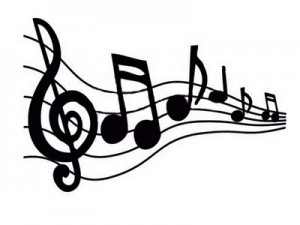 Music is a powerful, but underused tool for people with dementia, says an article in today’s Care Home News.  The article mentions a Commission on Dementia and Music, set up by the Longevity Centre in Oxford, which found that music reduces agitation, stress and a range of psychological and physical behaviours.  The Commission would like to see music used more widely in the NHS.

It’s interesting when secular wisdom catches up with what’s been written in the Scriptures for centuries,  although it usually catches up only in part. The old Testament in particular sparkles with worship songs and psalms of praise.  Jehoshaphat put the musicians in front of the army as they went into battle (2 Chronicles: 20) and they won!  I’ve often wondered what the musicians felt about it and what it meant to the opposing army!

It was a battle won by singing.  And we see something like this in our care homes, when residents who have dementia respond to the familiar worship.  There’s a kind of breakthrough when the Holy Spirit touches their spirits. One manager described watching a resident who normally didn’t speak much, singing with her face raised in joy. When he mentioned the hymn to her afterwards she couldn’t remember it. The responses are so powerful that another manager has said she can’t understand how people can say there is no God.

There’s a touching clip on YouTube, showing an elderly man who hadn’t spoken for over two years, coming alive as he responded to music.  The carer describes how she chose music about God because they knew he’d read the Bible before he became ill.  And it worked beautifully!  The man explaining what’s happened, in this clip, is (the late) neurologist Oliver Sacks, famous for his eloquent books about neurological conditions, in fact he is known as the ‘poet Laureate of neurology.’  He talks about music being the “quickening art”, and he’s right, although he’s missed something important –  if you listen to the old man you’ll hear how the music brought God to him again, and how ‘God is love.’

You can watch the clip here: https://www.youtube.com/watch?v=NKDXuCE7LeQ

In the book, ‘Dementia: Frank and Linda’s story’ you can read how Frank was blessed and calmed by the music CDs Linda played for him during the day.

Shakespeare wrote, ‘if music be the food of love …’  When it’s worship, music is so powerful that itbreaks through the limited cognition and go straight to the spirit of the person.  It’s what the Psalmist called ‘deep calling to deep.’

The human stories behind the social care funding crisis

Give your brain a total workout with music