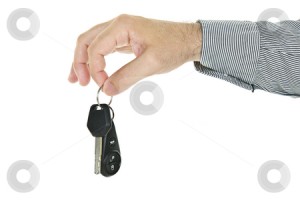 The people who ask themselves, ‘Could it be dementia?’ are likely to be the ‘worried well’ who consult their doctors on their own initiative.  But evidence shows that these people are  less likely to have it, than those who’ve been encouraged to go to the doctor  by family members.

Currently, the evidence suggests that only about half of patients referred to specialist memory clinics by GPs prove to have dementia. GPs, you may remember from early blogs are under pressure because of the Government’s push to increase dementia diagnosis rates.

Now a new technique may dramatically reduce the diagnosis dilemma .

There are two types of memory – long term or crystalline memory, and your computing-in-the- here-and-now, working memory.  A poor working memory in older people can be because of frailty and psychological factors such as stress, anxiety or depression.  This is known as ‘functional memory disorder (FMD), and is unlikely to get worse, according to consultant neurologist Prof Markus Reuber, at Sheffield Teaching Hospital.

Dr Reuber and his team have studied videos of hundreds of patients’ conversations with, and without early signs of dementia, and have found dramatic differences in the way they respond. Noting the differences has led to the development of a test that can be used by GPs to determine whether patients are likely to have dementia, or not.

They found, for example, that people with a good working memory often used the phrase, ‘as I said, or ‘like I said’, recalling statements they’d made earlier in the conversation, whereas people with dementia tended not to.   Which makes sense, because people with dementia have problems  retaining recent memories.

Another clear difference between those diagnosed with dementia and those with FMD, was the way people responded when two or more questions were grouped together. “Ask a patient: ‘Where are you from originally and where did you go to college?’ and the person with dementia will not be able retain the information and answer both questions,’ Dr Reuber says. ‘‘The person who has memory problems due to other factors will be able to work their way through the questions.’’[i]

The Sheffield team hope that their Conversation Analysis technique will help GPs and other primary care workers distinguish between those likely to be suffering from dementia and those with memory problems caused by other factors.

”None of these differences on their own will be 100 per cent conclusive, but they are if you take them together, they could give GPs a cumulative set of indicators,” says Paul Drew, Professor of Conversation Analysis at Loughborough University, who is working with Prof Reuber on the research.

Conversational Analysis could reduce the number of unnecessary GP referrals to specialist memory clinics – while increasing the number of those most likely to have undiagnosed dementia.

Christmas lunches, free, for lonely older people, all across the country

GDPR and Permission to Send