The skills shortage in the workplace is growing fast.   The Recruitment and Employment Confederation said recently that there is already a shortage of applicants for over 60 different roles, ranging from cleaner to accountant.  And that after Brexit, they expect the gap to grow even wider.

Over the next five years around 1.5 million jobs will be created in the UK, but there will only be seven million young people entering the workforce.   ‘Even if we could get every young person a job there will still be a skills gap,’ said Anna Dixon, CE of Ageing Better. 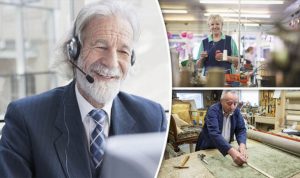 So employers will have to tap into the talent of older workers, according to Andy Briggs, head of giant insurance company, Aviva UK.  (Mr Briggs is also the Government’s business champion for older workers.)

A major obstance in the way is age bias and ageist attitudes amongst employers, he added.  Myths and misconceptions abound, such as thinking that older people are less resilient, and take more sick days.  On this issue, he’s clear that ‘It’s the younger ones who are going out and getting ‘absolutely hammered’, while also being less loyal then older workers.  Other reports show that older workers feel less valued than younger employees, and even when they have more qualifications and experience and are less likely to be offered training courses or considered for promotion.

Dr Nick Dydaskis (Social Scientist, Anglia University), says that the evidence doesn’t support the stereotype that older workers are less innovative or less emotionally resilient, adding that there are studies proving performance improves with age.  (Dr Dydaskis’ work has informed policies in major international organisations such as UNESCO, and the OECD.)

DIY retailer, B & Q has a has operated without a default retirement age for over 15 years, and says that an age-diverse workforce brings a wealth of skills and experience.  B & Q’s CE, Ian Cheshire, has said that ‘older workers have a great rapport with the customers, as well as a conscientious attitude and real enthusiasm for the job.”  In addition, many studies show that older people have better emotional resilience than younger, have better judgement in crises, are more contented with life and work, and are more supportive of others in the team.

Examples of older people working until a good age abound.  When researching for my new book, Whats Age Got To Do With It, (published September), I found so many I had to stop because I didn’t have room for them all.  An example is 105 year old Dr Bill Frankland, known as the ‘Grandfather of Allergy’, which is his specialism.  he discovered the link between the immune response and a malfunctioning immune system.   He also helped thousands every year by convincing the media to show pollen counts in weather forecasts.science.  Then there is 102 year old Douglas Higgens, who wrote a book at the age of 100 to persuade people to come to Christ.   And the carer aged 89, who had no intention of giving up her job because she loves it.  I could go on!  As well as living longer many people are living better, too, as the gap between life span and health span continues to narrow. 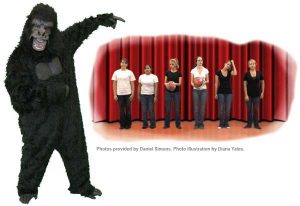 Will having to attract seniors instead of youngsters mean employers will have to change their attitudes?  And what about seniors, themselves?  Will they want to continue working?  Why does anyone work anyway?  Research shows that It’s more than just the money; it’s about meaning and significance, and having a social life and friends.

It will be interesting to see what changes the next few years will bring.  Defeating ageism in the work place will be the beginning of big change in our society.

Lord, give me patience!

Light bulbs that help track how an elderly relative is doing

How to deal with terrifying news headlines