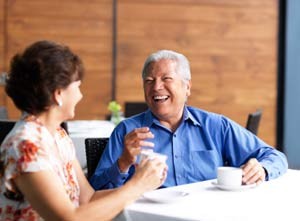 Sitting over a cup of tea I was explaining to my IT wizard why I was so pleased the assisted suicide bill had been rejected by the majority of Parliament today.  He clearly hadn’t given it much thought, but ventured that if people were ill and wanted to die why shouldn’t they be allowed to?  ‘It’s not as simple as that,’ I explained, ‘they want a doctor to help them do it.  And most doctors say they don’t want to have to – they’re tuned to helping people stay alive not killing them.’  He nodded.  He’s noted for being a man of few words.  ‘Also, I continued, ‘if it had been made law, disabled people and those with terminal illnesses who don’t want to be euthanised would feel they had to justify their existence, and the care they need.’  ‘So changing the law would save costs then?’ he asked.  ‘It would, wouldn’t it?’ I replied, adding that I didn’t think that was the real driver behind it.

There are many stories of people suffering from similar illnesses, where one wants to die and the other fights to stay alive.  In an earlier blog I’ve posited that it’s down to the value we put on our lives.  An athlete struck down with Lou Gehrig’s disease in his prime chose to fight for each second of life so he could spend time with his wife and watch his daughter grow, even when it meant breathing with the aid of a ventilator; being bathed and dressed by carers,  and confined each day to a special chair.   Yet the 56 year old British man diagnosed with a tumour at the base of his spine,with years of good life ahead of him before it grew worse – if it did at all, chose to travel to Switzerland to be euthanised.   ‘I am a proud man,’ he said.  How sad for for him, and for his wife and family.  Over the coming years we are bound to hear of more ‘hard cases’ like this, but I wish that when publishing them the press would also publish stories of others in similar circumstances, who want to live,  to present a balanced view.  But then, that wouldn’t make such a good media story, would it?

When I think of the disabled people I know and our elderly people and  how they live their lives to the full, I am filled with gratitude that our MPs voted for the right thing, today.   But I doubt the euthanasia movement will go away.  We need to keep praying about it.

Dementia Care Plan an ‘example for others’.