Before recording a clip for Premier News Hour, journalist Tola and I asked ourselves – why the toilet rolls panic buying? And wasn’t it good that the superstores are reserving times for older people to shop, when the shelves are still full? How are churches still going to be able to help family caregivers, now everyone is having to self-isolate to avoid the virus? 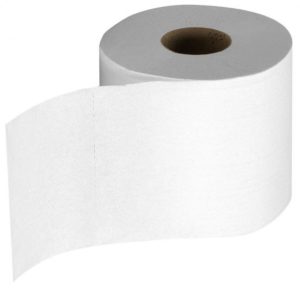 Simple answers first:  stocking up on toilet rolls is a subliminal way of feeling in control when everything else is spiralling away around you. It’s a ‘nesting’ thing:  you may be isolated for months but you’ll have this basic civilised item in place.  It’s the equivalent of stocking soap and water in the underground nuclear shelter.  You could, in extremis, use torn-up newspaper, and if you live in the States you’ll be better off because American newspapers have thinner and more flexible paper and the ink doesn’t come off.  I thought Premier editors would cut that bit out of the recording, but they didn’t – it gave a whole new meaning to ‘bottoming out’ the news. I’ll come back to that in a minute.

The superstores’ action was brilliant, not only because they are offering less stressful shopping for older people but because it sent a message that they are important. It may be that the trolley is filled with boring baked beans and bread and Weetabix and yes – toilet rolls, but the feeling is rather like having a table reserved for tea at 4.00 pm at the Grosvenor House.  (Has anyone suggested this?)  Also, older persons’ food deliveries will be prioritised with, hopefully, delivery drivers being instructed to wait a little longer after ringing the bell as it can take an older person a minute or two to get to the door.

How can churches visit family caregivers now they are in isolation? The most serious question was how are churches going to be able to help family caregivers who need their help and spiritual support, especially those caring for someone with dementia?  Up till now there’s been excellent support and encouragement from churches, but now they, too, must distance themselves for fear of passing on the virus.

Domiciliary agency carers are still going into homes to help, so couldn’t church members?  What’s the difference, I asked our Director of Operations, Maureen Sim, who’s greatly experienced in care and, as a former pastor’s wife, with church life.   Firstly, domiciliary carers are professionally trained in infection prevention.  Maureen said, ‘‘It’s important that churches heed the [government] messages being given.  As an organisation we are following the government guidelines, and although churches can’t risk taking the virus to them by visiting, they can help in other ways.’

Church members can keep in touch by phone, keeping up to date with church news, giving encouragement and praying. Other ideas are to post greetings cards, enclosing encouraging scriptures.  Psalm 16, for example, that tells how in an uncertain world, the Kingdom of God is never shaken.  There are also the cards designed by a university lecturer that can be downloaded from the internet.[i]

Currently, the emphasis for most of us on infection control is to distance from others and self-isolate. It unsettles us because it clashes with our instinct to group together in times of crises:  we are social beings and God made us to care for one another.

We’re also ingenious. We can’t do as the Italians and Spaniards have done and single jolly songs from our balconies – even if we had balconies they’d be knee deep in rainwater.  But we can use communications technology. It’s come a long way since I wrote about watching a grandfather, his son and grandson ask an assistant in a Phone Shop for a Tablet for Granddad so he could ‘hang out’ with his friends in other countries. That was eight years ago, and since then more and more families are using Skype and Face-to-face programmes to keep in touch.  The over 70s are increasingly comfortable with Tablets and iPads. They’re also joining social networking sites.   According to a report from eMarketer, Facebook continues to gain monthly users in a trend largely driven by individuals aged 65 years or older.

My church house-group uses WhatsApp and while the isolation period lasts, we’re thinking of setting up Skype sessions, so although we’ll miss the tea and biscuits, we’ll still be able to talk and pray together.  We’ll still have each other’s company. And of course, some of us are active on Facebook.

Which is what volunteer neighbourhood groups all over the country are doing.  A website resource has been set up, Covid-19 Mutual Aid UK, to help with providing resources and connecting people to their nearest local groups, including volunteers and those in need.  It’s back to basics though, at the beginning.   Local groups often begin by putting a little card with their name and telephone number through letterboxes, saying that if the recipient is self-isolating and needs help with anything to call. The ‘card movement’ was begun by Becky Wass, an associate lecturer in creative advertising at Falmouth University, posted a card template on social media which immediately went viral.  She said  that the message at the heart of the initiative was “fear has spread quickly (understandably!), so let’s try to spread kindness”.

Earlier I mentioned ‘bottoming out’ the news.  It’s true that we are living in troubling, uncertain times.  Everything about the current situation is strange and unknown. We are being asked to do something that goes against the grain – to cut ourselves off from one another.  This year there won’t even be enough flowers for Mother’s Day because they aren’t coming through the usual agencies from the Netherlands, the biggest supplier.

Yet it’s also true that beneath the news-hype, beneath the uncertainty and fear there is a bedrock of human kindness that is rising to the occasion.  We are made in God’s image, whether we acknowledge it or not, and it’s at times like this that it comes through. People are finding new ways of communicating and are appreciating one another more.

Perhaps in the wake of the Coronavirus there will be a stronger feeling of connectedness; more neighbourliness and a realisation of how precious we are to one another.

Growing and healing through grief

When your hairdresser is the best medicine