Seeing the couple of newspapers I was buying at my local garage this morning, the young man behind the cashtill picked up the tabloid and said, ‘I don’t know how this gets away with calling itself a newspaper. There’s nothing in it.’  ‘It’s just the headline,’ I said, ‘I usually buy this one,’ putting the familiar broadsheet on the counter.  ‘Yeah, this is a good one,’ he commented.  ‘But I’m a real cynic.  I did Media Studies at Uni.’  ‘And you’re right,’ I answered, ‘if you’d been following what’s been published about dementia for years you’d be even more cynical.’  (And yes, I did go away wondering how a Graduate is working behind a cash till in a garage, but it may have been a fill-in job, for all I know, and it was in Media Studies…) 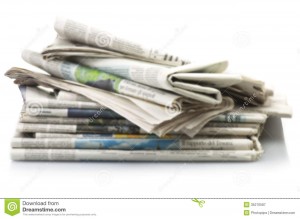 Then I opened the newspapers and saw a story in point.   ‘Withdrawing dementia drug doubles risk of moving to a nursing home,’ is one of the headlines.  It’s about a study by the Medical Research Council, published in the Lancet Neurology journal that showed that if patients continued to take an Alzheimer’s drug, Donezipril (Acricept) in late stage dementia it halved their ‘risk’  of admission to a nursing home.   It was a relatively small study of 295 people; 162 (55%) were admitted to a nursing home within four years of the start of the trial.  The cognitive function of the person with dementia didn’t improve with the drug.  It’s simply the statistics that show a reduction in care home placement.

But the study overlooked two very important elements when it comes to deciding on a care /nursing home placement.  I’ve checked the story in several ‘outlets’, including the Alzheimer’s Society’s website, the media and the Lancet Neurology [i] and can find no mention of it.  The best report is on the NHS website.[ii]

The first is that the biggest factor in whether or not a person with dementia needs to be in a care home (it’s usually not a nursing home, especially if it’s funded by a local Council) is whether or not their family caregiver can continue to cope.   The caregiver’s ability to cope is part of any Social Service assessment.  In many cases caregivers’ health deteriorates so badly that they’re not able to carry on safely any more, and sadly, it’s not uncommon for elderly spouses to die before the person they are caring for.

The second omission is that for many people, going into a care home is not a risk, but a benefit. The NHS report acknowledges that ‘It could be the case that some people 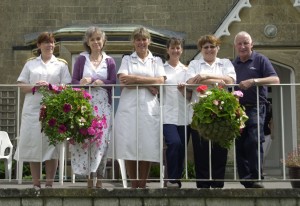 would actually be happier in a nursing home. It would be presumptuous to assume going into a nursing home automatically represented a failure in treatment’.  Quite so.  For instance, the father who came into one of our homes so his son and daughter in law could have a respite break.  He loved being in the home.  He called his pastor and asked him to persuade his family not to feel that they had failed him, but that he was very happy in the home and wanted to stay.  He loved the company of others and the homes’ activities, and felt safe and cared for.

There’s also a reference to ‘a lack of perceived benefit by clinicians,’ in continuing to prescribe the drug,  yet GPs are trained to observe and know their patients well.  Also, researchers didn’t study the drug’s side effects  which include nausea, vomiting, diarrhea, loss of appetite/weight loss, dizziness,drowsiness, weakness, trouble sleeping, shakiness (tremor), or muscle cramps.  I wonder if these side effects when weighed against the benefits, may be among the reasons Donezipril is withdrawn in the late stage.

Urging clinicians to continue to prescribe the drug based on 1) a small study that 2) views nursing homes as a risk, 3) ignores the drug’s side effects and 4) omits an important element of the decision making process seems more about increasing pharmaceutical sales than benefits to patients.  Government policy makers will no doubt welcome it  because the projected cost benefits are clear.

Watch now for ever more pressure on our doctors to prescribe against their better judgement.  If they don’t jump to it they will be vilified, as they were when they refused to send ‘suspects’ for early diagnosis because the ‘tailored care and support’ promised were simply not available, as 70% confirmed in a Royal College of GPs survey several months’ ago.  Not to mention their concerns about the relatively high percentage of mis-diagnoses at this stage.

I might take a copy of this blog around to the Media Studies graduate in the garage, and ask him what he thinks.