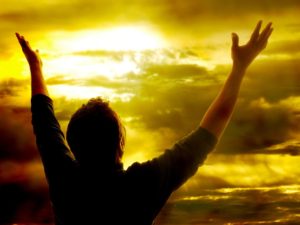 Christine Bryden was a high-level executive in the Australian government, advising the Prime Minister on Science and Maths when, at the age of 46, she was diagnosed with dementia.   The title of her new book ‘Will I Still Be Me?’, echoes her first publication ‘Who Will I Be When I Die?’ In this, and the book that followed, ‘Dancing with Dementia,’ the answer she gave then was quite clear.  She will be Christine, herself.

In ‘Dancing with Dementia’ she wrote, ‘It is now 2004 and I am still here, and it has been quite a journey of understanding, of seeing more clearly of whom I am now, who I am becoming and who I will be when I die.’  She tells of how, in a dream, God showed her husband Paul that he was sharing Christine’s ride through life and of him handing her over to Jesus at the end of her journey – still clearly Christine.  In her talks at the time, she reflected on a journey of living positively with dementia and discovering ‘a journey into the centre of self’.

So it is  rather sad to read in her latest book that she believed at that time that a gradual loss of her brain would mean the loss of herself (p44).  Fairly newly come to faith, she says this fear was exacerbated by accepting ‘the very common dualist view of what I thought it meant to be a self: a person with a mortal brain/body and an immortal spirit.  This is a view that has persisted from the times of the Greek philosophers, and indeed even impacted on the thinking of early Christian thinkers.’ (p 40, 41).

Even after reading this sentence several times, I’m still puzzled by it.  I’m among the millions of Christians who believe the biblical description that we do indeed, have a mortal brain and body and an immortal spirit. It’s a precept threaded throughout the Old and the New Testament; an example is where the apostle Paul describes what happens once we put off this ‘earthly tent’ in 2 Corinthians 5:1).

It was to show that the person remains (from the Scriptures, from research and ‘lived experience’)  that I wrote ‘Could it be Dementia? Losing your mind doesn’t mean losing your soul’ (2008).  Then the dominant belief was that a person with dementia died piecemeal throughout the course of the illness, until only a shell with automatic reactions remained.  But ‘it is appointed for man to die once…’ says Hebrews 9:27.  Besides, I asked myself, how could  a person pass from earth to eternal life in pieces?

I wrote, ‘If our personalities were the result of the brain we genetically inherit and the life experiences that give it structure, then when the brain died, so would we.  It would be ‘lights out’ for us, the end.  But if, as Jesus Christ promised, there is life after physical death then the assumption is that our brains, like the rest of our bodies, are the controls that we use that help us express ourselves and interact with the physical world.  As we are unable to see heaven with our physical eyes, so we are unable to see the real ‘us’, despite science’s most advanced tools.   The Bible tells us that, ‘the body that is sown is perishable, is raised imperishable; it is sown in dishonour, it is raised in glory; it is sown in weakness, it is raised in power; it is sown a natural body, it is raised a spiritual body.’ 1 Corinthians 15:42.’  The self that is essentially us does not disappear.  We see this in something called ‘rementing’, when the fog clears and the person reappears for a little while with faculties that seemed to have been lost.

In his book, ‘Challenging Behaviour in Dementia: A Person Centred Approach’ (2000) Dr Graham Stokes states categorically that ‘the person remains’.  His book (2010) ‘And Still the Music Plays’ show how people with dementia stay true to their core beliefs – to themselves, right to the end, even in the deepest dementia.

The subtitle of Christine’s book is ‘Finding a Continuing Sense of Self in the Lived Experience of Dementia.’

The tone is different to her early books, as it’s drawn from secular aspects of her PhD thesis.   Her aim, she says, ‘is to encourage society to look beyond the dominant story of loss of self in dementia, so that people of all varying cognitive and physical capacities can be included and welcomed.’  That she is able to obtain a PhD says volumes about her own cognitive capacity and perseverance, and the supportive love of her husband, Paul.

It is an interesting read and will help people who are not sure where they stand.  (Except for the disconcerting mention of ‘dualist’.)   But it left me missing the warm, engaging Christine of her early books, which is how she is, in person.  I met her and her husband brief when they were taking a break in Wales after a speaking tour in England.  We’ve swapped emails, mainly me asking permission to quote from her books.  ‘As much as you like,’ she generously replied , in one.

While I know that theses are part of life, the book also made me glad that Jesus shared truths and precepts in warm, story form.  Especially when He told of the eternal self. ‘Don’t be afraid of those who want to kill your body; they cannot touch your soul,’ He said.  ‘Fear only God, who can destroy both soul and body in hell.’  (Matthew 10:28, NLT).

Email
Tags: dementia, how the person remains to the end in dementia, identity, scripture

Unforgiveness can affect your mental health

How to become ‘supernatural’ in retirement