Coming out of the motorway services the other day I headed for my car and found it wasn’t there.  As a rule I can spot my car from quite a distance by its shape and colour long before the number plate comes into view, but walking around in in the drizzling cold, there was no sign of it.  It’s been stolen, I decided, and began to make plans to get home without it.  It was only when I’d found the security man that I remembered that I’d been driving a hired car, not my own.   The hired car was exactly where I’d left it.  But, interestingly, the security man told me that a lot of people forget where they’ve parked their cars.

Neurologist Dr Oliver Cockerell says that looking for a parked car is a normal memory ‘problem’.  It’s because our immediately short-term memory is very easily distractible. He said, ‘Your brain knows you’re unlikely to need to remember a menial task such as going upstairs to get a book in a few hours, so it erases the memory to make room for more important stuff. That’s why we all sometimes can’t remember why we walked into a room.’

It’s strangely comforting to know that the reason I’m absent minded is because my brain is full of ‘important stuff’.  I wish I’d known it years ago – I could have wielded it to family and friends as a credible defence.

Today an article in the Daily Mail today reports how absent minded people who can’t find their keys or remember where they’ve parked their cars are flooding the UK’s Memory Centres, convinced they’re developing dementia.

An encouraging fact is that several studies have shown that the proportion of the people diagnosed as having dementia by the clinics has fallen from two-thirds to less than half in only five years.

It’s in line with the findings of global research studies presented at the Alzheimer’s Association International Conference in Copenhagen last July.  One  showed that the risk of developing dementia has decreased in the US, Stockholm, Rotterdam and England. Another, which assessed participants for dementia over three decades, reported a reduction in incidence by 17, 32 and 42 per cent from the second to the fourth decade. The reduction was strongest in women and those aged 60-69.  And in Germany, women aged 74 and 85 with dementia declined from 2007 and 2009. Overall dementia prevalence was 1.8 per cent higher in 2008 and 3.6 per cent higher in 2007.It’s thought that better understanding of health issues and healthier living are the reason.

The bottom line is, if you’re aware of your memory problems, you’re unlikely to have dementia. 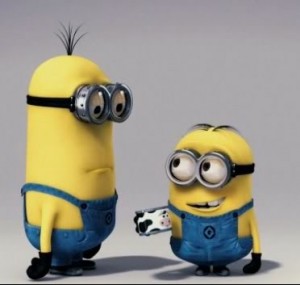 A good test is the ‘double question’ in one sentence that’s part of the Conversation Analysis technique by Professor Reuber and his team at the Memory Centre at the Royal Hallamshire Hospital in Sheffield.  It involves putting two questions into one sentence, such as, ‘Where were you born and where did you go to college?’  You could make up different sentences but, remembering the ‘important stuff’ it would have to contain questions of significance.   How many ideas can you hold in one sentence?

And the good news for those absent minded among us, is that you can train yourself out of it, by concentrating on what you’re doing in the moment.

When not caring kills

Answers to What would you do?