A group of Christian leaders has written to the Telegraph newspaper pointing out the reasons that extending Sunday trading hours would be harmful.  They say that extending Sunday trading so that big stores can stay open longer will not only remove the protection small stores current enjoy from the near-monopolies, but more importantly, it will ‘disrupt the rhythms of community life that is so integral to the common good.’

They say that while they make space for shopping, the current retail hours preserve the common leisure time essential for family life and shared social activities.  It’s important because ‘In a world of increasing commodification the space for shared time and activities, central to human flourishing, is becoming increasingly rare.’

For ‘increasing commodification’ read globalisation.  The effects of globalisation on vulnerable people, particularly the elderly, is described In ‘Dementia: Pathways to 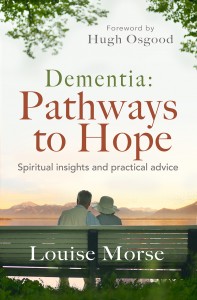 Hope’. World leading experts have been pointing out the harm of ‘increasing commodification’ to vulnerable people for some time now.  In Chapter 6, you’ll find:

‘In a paper published in the journal Ageing and Society, Gail Wilson, of the Department of Social Policy, London School of Economics and Political Science,  wrote, “Free trade, economic restructuring, the globalization of finance, and the surge in migration, have in most parts of the world tended to produce harmful consequences for older people (my italics.) These developments have been overseen, and sometimes dictated by inter-governmental organisations (IGOs) such as the International Monetary Foundation (IMF), the World Bank and the World Trade Organization (WTO), while other IGOs with less power have been limited to anti-ageist exhortation.”

‘Dr Dhrubodhi Mukherjee was a consultant with the World Bank in their Urban Renewal Program in India. He is now Assistant Professor at the School of Social Work at Southern Illinois University. He says that “globalization has contributed to economic wellbeing for many developing nations, but it has reduced ‘family’ into a non-viable economic institution for the elderly by promoting urbanized social values of individualism and atomic self-interest”4 (my italics).’   Indvidualism and atomic self interest are corrosive for communities.

Even in developed countries like ours, globalization and changing culture has exacerbated a dislocating effect that is isolating thousands of older people. There has been a decline in the extended family and in local communities, the two theatres in which older people really engage with others, and which keep their minds active.

There’s no sound commercial reason for extending Sunday trading, except possibly an increase in tax revenues from  employees working longer hours. The Government’s own figures show that the extended shopping hours provided for the London Olympics did not increase sales.   The current system is working well.  Why don’t we write to our MPs and protest?

The truth about life in care homes

And these shouldn’t be allowed to vote?