I’ve just read the saddest thing … one Christmas day an elderly lady was so alone and lonely that she played the phone’s answering machine message over and over, just to hear another human voice.  Barbara, 85, started to become lonely after the death of her husband of 56 years.  She lost her only daughter to cancer not long afterwards.

‘”The message kept saying there are no new calls – I kept listening to that – I missed the sound of a human voice,” she said.

This isn’t about Barbara, but the sense of that aloneness has been captured on this short video, https://www.youtube.com/watch?v=LeyLsy0ev4E

Research by Age UK has found that nearly 400,000 older people are dreading the prospect of a lonely Christmas, while 650,000 worried the festive season ‘brings back too many memories of those who have passed away’.

Caroline Abrahams, charity director of Age UK, said the figures were a timely reminder of the scale of the issue.

‘People’s social networks often shrink due to life-changing events such as retirement and bereavement which can increase the risk of feeling lonely.  Voluntary sector services like Age UK’s have never been more important because funding cuts are forcing many of the local services that help older people stay connected, such as lunch clubs, to scale down or close.’

Most of us can’t imagine what it is to be so lonely that we will listen to an Answerphone over and over on Christmas Day.

Many reading this blog will belong to a church, and for us, Christmas will be a time of worship and warm fellowship. And it’s heartening to know that so many churches have lunch clubs, afternoon clubs and day centres for older people in their community.

The Archbishop of Canterbury, Justin Welby, earlier this month urged people to show they care by inviting elderly neighbours who live alone over for Christmas lunch.

He said, ‘Some of the best Christmases we as a family have enjoyed have been when we’ve invited someone for Christmas lunch who would otherwise have been on their own.’

To cut through the isolation, not just now at Christmas but through the winter and beyond, Age UK has set up a telephone befriending service,  ‘Call in Time’, which consists of a regular daily or weekly phone call.  The website says, ‘The relationship is structured so that each befriender makes the call at a regular pre-agreed time. All befrienders are volunteers, who freely give up their time to help lonely older people.’ 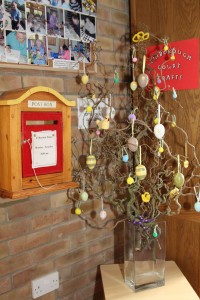 We’re so blessed, the Pilgrims’ Friend Society, to be able to care for around 500 older folk in housing and care.  Not one of them is lonely, even though some have no living relative left in the world. We would like to have housing and care homes all over the UK.  So if you see Santa Claus and his reindeer jingling by with spare sacks of cash this Christmas, send him over to us!

Christmas, when YOU are more precious than gold