‘Different cultures have different perceptions of mental illnesses – including dementia,’ begins an article on the NSPCC website flagged up by the Guardian newspaper today. It’s written by a PhD student in cognitive neuropsychology who, surprisingly, doesn’t seem to know that dementia is not a mental illness.

There are many different causes of dementia, but in the simplest terms dementia results from physical damage to the brain. Among the main causes are Alzheimer’s disease, Lewy Body dementia, vascular infarct (strokes), Pick’s disease, Posterior Cortical Atrophy, and Frontotemporal dementia.

The World Health Organisation says’ Dementia is caused by a variety of diseases and injuries that primarily or secondarily affect the brain, such as Alzheimer’s disease or stroke.’

The term dementia could become outdated if the updated DSMV, the Diagnostic and Statistical Manual of Mental Disorders (The Psychiatrist’s Diagnostic handbook), has its way. The latest edition lists dementia as a neurological disorder and replaces the term ‘dementia’ with ‘major neurocognitive disorder and mild neurocognitive disorder’. However, the authors acknowledge that the disease will probably continue to be called ‘dementia’, as the name has been widely adopted and is ‘snappier’ to use. 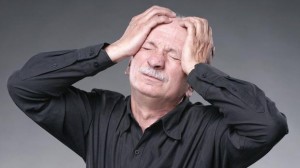 Why is the differentiation important?  It could be controversial to say so, but the family caregivers who speak to us at conferences and seminars find their loved ones’ challenging behaviour easier to easier to come to terms with if they can think of it as having a physical, rather than a ‘mental illness’.   Perhaps the reasoning is that something physical is ‘fixed’, and has to be accepted, like a broken leg.   It helped a caregiver accept that his mother in law’s erratic toileting (choosing the sofa instead of the lavatory) wasn’t an extension of the manipulative person they’d always known her to be but that her brain simply couldn’t join the dots any more when it came to finding the toilet.

There is still much misinformation floating around about dementia.  We’re still asked if Alzheimer’s is the same as dementia.  Perhaps in say, 20 years’ time people will be better informed.  Even better to think that in 20 years’ time researchers will have found a way of preventing it.  Until then, well publicized research points to three pivotal preventatives – one, exercise, two, get enough good sleep, and three – and most important of all, according to Professor Dunbar of Oxford University – stay socially connected.   And try to get your facts right.

Preparing for a great old age