On Wednesday (May 26th) a cross-party attempt to legalise assisted dying began as a private members’ bill with a first reading in the Lord’s, tabled by Baroness Meacher. 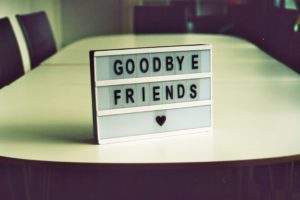 It’s worth listening to what someone with an incurable illness has to say about how his life will be affected should the bill become law.  Former psychiatrist Mark Blackwell lives with Parkinson’s disease and the after-effects of a severe stroke.  ‘At one stage I wanted to die’, he explains. With the right support, he found meaning in his life – meaning that legalised assisted suicide would imperil. ‘If assisted dying is legalised, it would make me feel that my life and my suffering are a waste of time. It would make me feel I am a burden for [my wife] Eppie and my children; I would lose respect for myself.’  (https://www.carenotkilling.org.uk/personal-stories/assisted-suicide-law-would-make-me-feel-a-burden/)

Baroness Meacher says that ‘there is an urgent need for change because the UK has fallen behind other countries despite public support for an end to the blanket ban on assisted dying.’ (Sunday Times May 23.)  ‘Despite public support’ is highly questionable. And rather than ‘falling behind other countries’,  the UK arguably holds the high ground because it recognises the potential danger to vulnerable groups such as the elderly and the disabled.

Experts have questioned the level of public support for the bill claimed by Baroness Meacher. In a statement last month, the Lord Chancellor Robert Buckland QC said that although assisted suicide pressure groups cite a poll showing widespread support, experts who have examined it say it is deeply flawed. “In fact, when asked questions that drill down into the merits of the debate, the percentage of those in support drops dramatically. He adds that in addition to lobbying the government and Parliament, activists have been seeking to lobby medical bodies in the UK.’  (https://righttolife.org.uk/news/ministry-of-justice-source-claims-government-will-refuse-to-do-any-work-on-legalising-euthanasia)

In countries where assisted dying has been made law, the scope has crept from those who are terminally ill with only a short time to live to include disabled children, people with depression, some  with dementia and those who, in doctors’ opinions, have a unsustainable quality of life.

Baroness Meacher pointed to Oregon, where assisted dying has been legal since 1997, saying there had been “no cases of abuse and the law has not been extended beyond terminally ill adults.”  She does not appear to have up to date information.  In Oregon numbers of assisted suicides have leapt, with nearly 60% saying they did not want to be a burden. (https://www.carenotkilling.org.uk/articles/oregon-assisted-suicides-jump-28/

Also in Oregon, some health insurance companies are refusing to pay for medical treatment, offering instead to cover the costs of assisted suicide. https://dredf.org/public-policy/assisted-suicide/some-oregon-assisted-suicide-abuses-and-complications

In Belgium, doctors have decided they have the right to decide whether or not a patient should be euthanised, based on their subjective view on the quality of the patients’ life, without informing the patient or their families. In 2015, research by Hull University showed that more than 13,000 had been killed in one year.  Read more here (https://www.dailymail.co.uk/news/article-3120835/Belgian-GPs-killing-patients-not-asked-die-Report-says-thousands-killed-despite-not-asking-doctor.html

In the Netherlands, euthanasia is allowed if a doctor is satisfied a patient’s suffering is “unbearable with no prospect of improvement” and if there is “no reasonable alternative in the patient’s situation”.  So 29 year old Aurelia Brouwers who was not terminally ill  was allowed to end her life on account of her psychiatric illness. (https://www.bbc.co.uk/news/stories-45117163.)

To bolster the case for changing the law,  Secretary for Health and Social Care, Matt Hancock, has asked the ONS for statistics of how many people have killed themselves for medical reasons.  He  believes that ‘it is important that public debate is informed by the best statistics.’   Up till now the debate has been centred on humanity and ethics, particularly the need to protect the vulnerable either from their own views of themselves or from relatives. The 6-column article in the Sunday Times makes no mention of the need for this protection.

Whenever there is a push for a change in the law the focus is always on a ‘hard’, heart-rending case of existential distress, such as the 94-year-old dying from oesophageal cancer. His daughter said that he had a ‘wonderful palliative care consultant,” but was deeply distressed by the loss of dignity the disease caused, and sadly, ended his life in his own garage.  Experts

A hard case makes bad law.  It used to be a legal maxim that a hard case makes a bad law, in other words, an extreme case is a poor basis for a general law that would cover a wider range of less extreme cases.  For example,   that of 75-year-old former nurse Gill Pharoah, who ended her life in Switzerland in 2015 because she didn’t want to be a burden.  She had specialised in nursing the elderly and said that old age was not ‘fun’ and preferred euthanasia to becoming ‘an old lady hobbling up the road with a trolley’.  If she had been euthanised here in the UK, what would that have said to our elderly residents who are living full, meaningful lives, despite some needing a trolley?

Not a single doctors’ group or major disability rights organisation in the UK supports changing the law, including the British Medical Association (BMA), the Royal College of General Practitioners, the Royal College of Physicians, the British Geriatric Society, and the Association for Palliative Medicine. The Royal College of Physicians recently put a statement on its website stating that it does not support a change in the law on assisted suicide. The Royal College of General Practitioners announced in February that it will continue to oppose the change in the law, following a consultation of its 50,000 members. The BMA,  opposed to assisted suicide, has launched a survey of its 160,000 members, to be published later in the year.  The pressure group, Dignity in Dying (formerly the Voluntary Euthanasia Society), which spent over £1,600,000 last year sent an email to supporters saying that the fact the poll is happening is a significant win for their campaign.

Good palliative care.  Meanwhile, a large group of palliative care doctors have written to The Times calling on the BMA to continue opposing the involvement of doctors and ensuring that assisted dying will not become a medical intervention in the UK.

A spokesperson for Right to Life UK, Catherine Robinson said, ‘Evidence from Oregon demonstrates how a so-called ‘right to die’ may become the ‘duty to die.  This is especially the case when families and health budgets are under financial pressure, which makes the Canadian study which found that the legislation of assisted suicide could save the healthcare system more than  $138 million a year so alarming.’

The link between assisted suicide and vast elderly care costs is hard to ignore, wrote Dominic Lawson, earlier this month.  ‘It’s time to connect the dots around euthanasia,’ he said, in an article in The Times (May 9).

It will take some time for the bill to move from the Lord’s to Parliament, so there’s time for us to do what we can to prevent it.  We can send emails and letters to  our MPs asking them to oppose it.  Also to MP Danny Kruger, who has launched a new all-party Parliamentary Group to stand against the campaign.

The most powerful thing we can do is pray, asking God to intervene and put a stop to it.  We humans are made in His image, and are of inestimable value to Him.  Don’t let’s be silent!  We don’t want this happening in the UK.  One day it might be one of us,having to live our own version of ‘Blade Runner’!