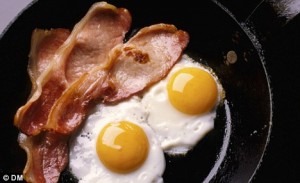 Standing over my stove cooking bacon and eggs, my sixteen year old grandson observed that everything was too low.  ‘Look at this,’ he said, ‘ the extractor hood gets in my eyes.’ ‘Well, it’s just fine for me,’ I replied, looking up, ‘and now you mention it, you can wipe it over with a cloth.’  ‘Did it last week,’ he replied, ‘only you didn’t notice.’  Well of course I didn’t:  I have to stand on steps to see that high.

Perspective is a great thing.  How you view things determines what they mean to you.  You may have read the story last week of the 50 year old mother who refused life-saving kidney dialysis after taking a drugs overdose.  She had three daughters, one a teenager, to whom she was ‘completely indifferent,’ according to the Judge who granted her wish to refuse treatment. The hospital doctors said she had the chance of a full recovery, and that her attitude implied mental incapacity.  But she didn’t want to live any more, she said.  Her life had lost its sparkle. She lived only for ‘the high life’, revolving around her looks, men, and material possessions.   She did not want to grow old, and ugly.  Seasoned journalist Stephen Glover said he saw her as a sort of victim of our value-free society, obsessed as it is with money, materialism, sex and celebrity.  She was responsible for her own excesses, but also somehow misled and cast adrift.[i]  Her perspective was the death of her.

It was one of the saddest stories of the week, and the sort that fuels the assisted suicide lobby.  Sadly, the overwhelming vote against ‘dying with dignity’  in Parliament isn’t the end of the story, according to Christian Concern, who say that the challenge continues.  They have asked us to pray for disability campaigners Merv and Nikki Kenward who are to appeal against last Friday’s High Court ruling that the Director of Public Prosecutions (DPP) acted unlawfully in loosening prosecution policy in cases of assisted suicide. Mrs Kenward, who was left paralysed by Guillain-Barre Syndrome in 1990, said that the court’s decision was “bizarre” and “leaves vulnerable people at risk from dodgy doctors.” Please pray for the Christian Legal Centre team as they support Merv and Nikki.[ii]

At the heart of euthanasia movement is the belief that some lives are simply not worth living.  The best exposition is in John Wyatt’s new book, ‘Right to Die.’  It’s a cracking book that lays out all the issues in the assisted suicide debate compassionately and with crystal clarity.  Do get a copy.

But to end on an upbeat note, you may like to listen to this story in song, about one man who chose to wring every drop out of his life after he’d learnt that he was dying.  It’s a good attitude to have, perhaps.     https://www.youtube.com/watch?v=_9TShlMkQnc

Grandmas and Grandpas – take cover. You are a danger to the global economy.

Are the elderly the invisible victims of the middle east war?