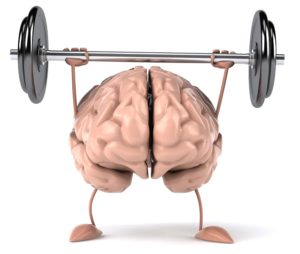 An in-depth analysis of a survey of more than a thousand adults found that those in their 50s and early 60s  were not likely to take part in dementia prevention drug trial, citing concerns over being a ‘guinea pig’ and the potential for harm.   Also, nearly one in four said they didn’t think dementia would affect them.  Author of the report, Chelsea Cox, University Michigan Medical Center, said that other research has shown that one third of people over sixty-five have dementia or mild cognitive impairment, and the rate rises steadily with age. People with a family history of Alzheimer’s or other forms of dementia who believe they are likely to develop dementia are more than twice as likely to say they’d sign up to test a new drug, including those who’d had conversations with a doctor.

Researchers say that they hope the results will be used by those designing clinical trials to ‘inform recruitment and informed consent materials aimed at prospective participants.’

Could it be the lack of success and some significant side effects that is putting off millions?

Looking at the results of trials over the last twenty years, particularly those in the last two or three, is it surprising that people are reluctant to test these drugs?  Most have been monoclonal antibodies designed to remove protein deposits in the brain, which still remains a contentious hypothesis.  Many scientists believe that research on alternative approaches has been prevented by an influential cabal stifling funding for other research.   (See https://www.statnews.com/2019/06/25/alzheimers-cabal-thwarted-progress-toward-cure/).   And for 20 years none of the  trials have been successful, though there may have been limited success with the latest, lecenemab, from Biogen and Eisai.  The full data has yet to be released.

More importantly, the side effects are not insignificant.  With Biogen’s aducanumab, 40% of those taking part in the trials developed brain swelling and bleeding, and one patient died.  The European Medicines Agency refused marketing permission for it in Europe saying that it was not safe. (https://www.bmj.com/content/376/bmj-2021-069780) Aducanumab, marketed as Aduhelm, has since been shelved.   Swelling and bleeds have been indicated with the latest monoclonal antibody, lecenemab, but the extent is not known yet.  One person is reported to have died but Eisai denied the connection, pointing to the patient’s previous falls, heart attack, respiratory infection, and mini-stroke-like events. The death is under investigation and fuller clinical trial details will shortly, but it underscores the side effects for this class of drug — swelling and bleeding in the brain.   These effects are worse for people on blood thinners, as was the patient who died.  Joy Snider, a neurologist at Washington University in St. Louis and an investigator on the trial, said,  ‘It is a tough issue because so many older adults are on anticoagulants, and if that means they can’t take these medications, that’s going to be a big deal.’  (See https://www.medicalbrief.co.za/patients-death-in-alzheimers-trial-raises-concern-about-risk/)

Perhaps another reason for the reluctance is the way the Alzheimer’s Associations have promoted the trials. Press stories inviting people to a new trial have usually included someone saying that he has taken part and it has changed his life.  When eventually the drug has been shown not to work there is no follow-up story on what has happened to this person – in fact, there’s very little follow up at all.  Despite the known inadequacy of Aduhelm and it side effects, the Alzheimer’s Associations in America ran a £multi-million campaign urging people to write to their senators asking them to persuade the Senate to mandate payment for it through the Medicare programme.  Medicare had said it would only prescribe it on a clinical trial basis.

On a positive note, statistics are showing that new cases of dementia are steadily falling – 16% for Alzheimer’s over the last two decades and 13% for other dementias.   (See https://www.nytimes.com/2020/08/03/health/alzheimers-dementia-rates.html).

It begs the question – would you volunteer to test a drug that may not be relevant to your life and that could have serious side effects on your brain?  And where you feel you are being given only selective information?